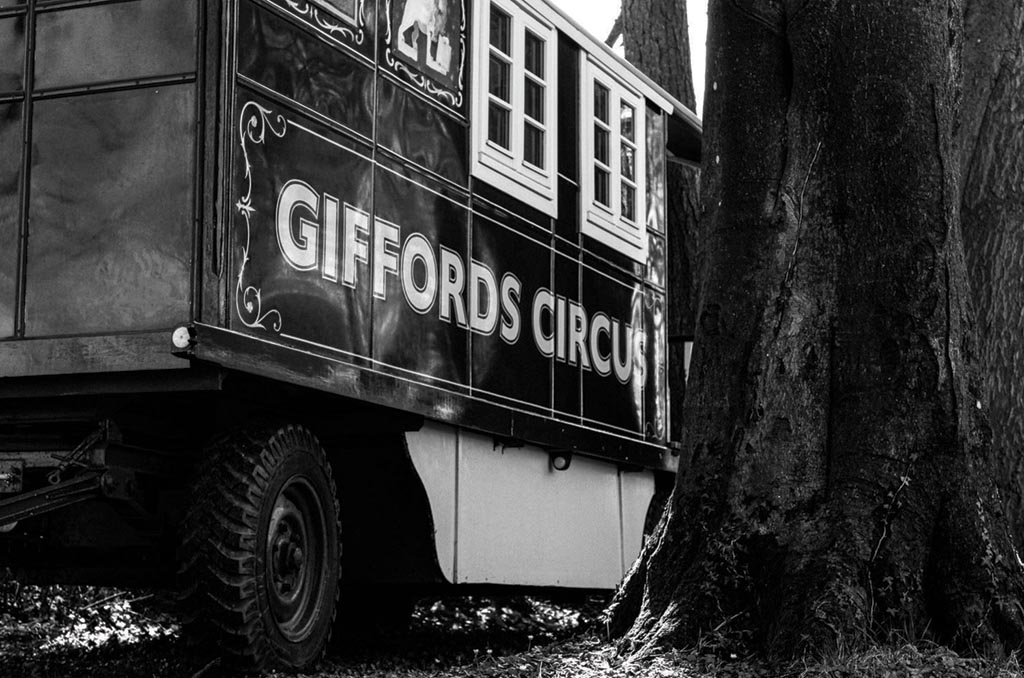 Evocative black and white film photographs have created a candid, behind-the-scenes glimpse of Giffords Circus preparations ahead of its summer season on the road.

Rehearsals for this year’s show, the Mexican-inspired Carpa took place at the circus’s Fennell’s Farm base with acts, artistes and backstage staff from all over the world.

“Shooting on black and white film really makes you concentrate on the subject and what they are doing,” said Amory, 18, from Nailsworth. “There is the added challenge of seeing the shot once when you take it, and only seeing it again when you develop it. It’s a very different experience from shooting digitally, where you can check your shot instantly.

“I was already a big fan of Gifford’s Circus but seeing the preparation which goes in to the show, up close was a real privilege. I would like to thank Giffords Circus and all the performers for allowing me a ringside view of their preparations.”

Amory used a variety of classic cameras and lenses for the project, including a Nikon F4 with an f/1.4 lens, a Leica M4 with a Voigtlander Color Skopar 35mm f/2.5 and a Leica M2 with a Jupiter 8 f/2 lens on the last shoot.

Some of the photos can be seen at SGS College on June 25 and 27 to 30, 10am to 4pm. More photographs can be seen online at https://amoryfalconerstudio.com/work/giffords-circus