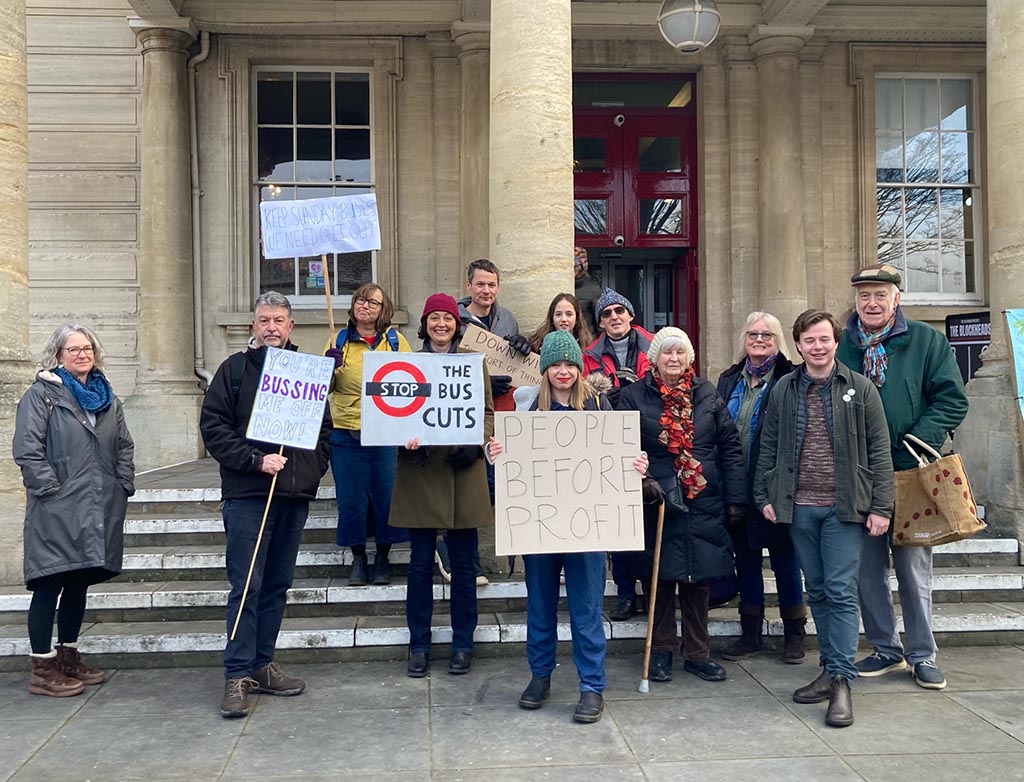 Campaigners staged a protest outside the Sub Rooms in Stroud on Saturday, opposing cuts to bus services.

The protest was organised by Sophia Spooner from Bussage and was attended by Cllr Chloe Turner, and others who will be affected by the cuts to services.

“The bus cuts will disproportionately affect the elderly, the less-well-off and the students and teenagers. It will also mean more congestion, more pollution and more carbon emissions,” said Jenny Inglis.

“It means people can’t get to their jobs and makes it much harder to socialise. We live in Thrupp and my 16-year-old works in Stroud at a restaurant in the evenings. The last bus home will change from 21.20 to 17.40 making independence impossible,” she added.

“The cuts will really affect our community. I counted that there are currently 59 buses a week that go from Bussage, through Chalford, Brimscombe and Thrupp into Stroud and out to Cashes Green. From 19th February, Stagecoach will be cutting that down to just 23. That’s a cut of over 60 per cent of our bus service.”

An online petition has also been launched: https://chng.it/n4qs8XtwHW

Changes to bus services can be viewed here: https://www.stagecoachbus.com/service-updates/serviceupdatesarticle?SituationId=ID-03/01/2023-08:54:26:953