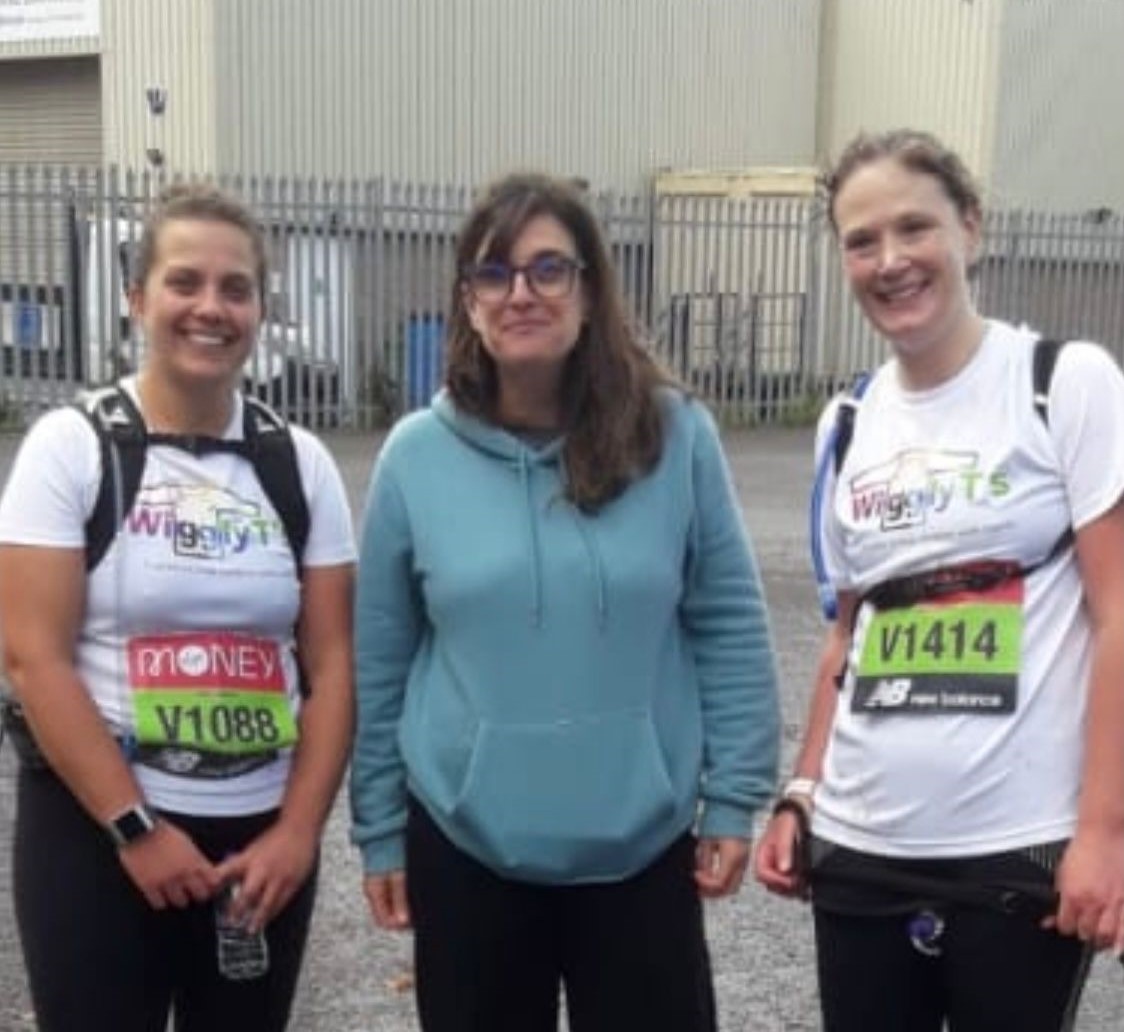 Cainscross district councillor Katrina Davis and close friend Amy Smith have raised nearly £1500 by running the virtual London charity in aid of a local good cause.

The pair could not get into the event proper this year but decided to raise money for the not-for-profit company, Wiggly T that makes special T-shirts and babygrows for children who have cancer.

Wiggly T was set up by a local Cainscross resident Dominque Farmer after her daughter, Indi, was diagnosed with Acute Lymphoblastic Leukaemia (ALL) when she was just two.

Following diagnosis, Indi needed a chemo port so that treatment could be administered over the next two-and-a-half years.

To make the treatment better, Dominique had a T-shirt made for Indi to allow easy access to her port, she then started to fundraise to be able to make the special access clothing for other children receiving cancer treatment – often for up to three years, so that they can be more comfortable and feel more in control.

The duo spent eight months in training for the marathon. They started in Stroud, looping Epney Longney, Saul, Frampton and Fretherne, then through Whitminster before finishing at Bonds Mill Car Park where friends and family were waiting.

“It was a big challenge and we are so pleased we managed to finish the course and raise money for this brilliant charity,” said Katrina.“The support of our family and friends was great too especially at the end.“We decided to raise money for a local cause because we felt that they would have been hit harder during the pandemic.”

Katrina and Amy have raised a total of £1,467 to date. The money has been boosted by Stroud MP Siobhan Baillie who won an MPs’ sweepstake during the Euro football tournament and she donated the proceeds of more than £230 to Wiggly T.

Dominque said: “Wiggly T relies on fundraising in order to continue gifting our special access T-shirts to children in cancer treatment. We can only do this thanks to amazing people like Katrina and Amy doing incredible things like running 26 miles around Stroud.“Their huge effort is such a wonderful way to end Childhood Cancer Awareness Month and secure lots more chemo tops for children across the UK.”