Electric vehicles are not new! The year that links them to peanut butter – and football’s ‘Foxes’! 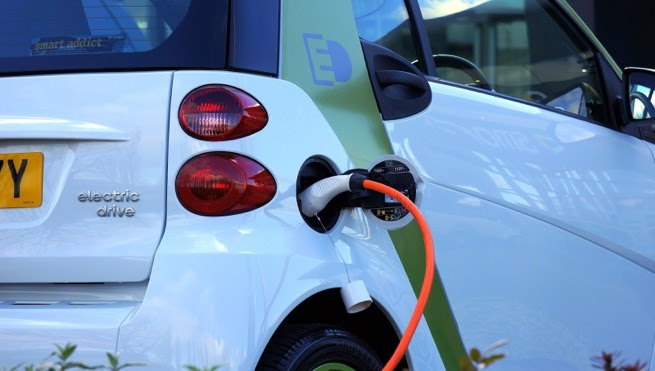 The UK government wants to ban the sale of new petrol and diesel cars by 2030 and encourage a new world of electric-powered vehicles.

But did you know the first production EV was developed way back in 1884? The experts at LeaseElectricCar.co.uk take a look at the invention in more detail and at some other well-known things that made their debut 137 years ago – from espresso machines to top-flight football clubs!

The company has also recently called for more driving lessons and tests to be taken in electric cars as a Green Revolution beckons on UK roads.

A spokesman for LeaseElectricCar.co.uk said: “Our company has witnessed demand swell in recent months for electric-powered vehicles. We noticed a 200 percent increase in interest in September last year compared to the year before for this technology.

“It’s fascinating to learn that electric cars are far from a new concept – and that they have origins in the 1800s. We’ve taken a look at what else was new in 1884 – with some interesting results.”

Historical records show the first crude electric vehicle came in 1832 – however, 1884 was the ‘game changer’ with the first production EV.

Here’s a tribute from LeaseElectricCar.co.uk to the vintage year that was 1884:

A few years later, between 1889-1891 in America, William Morrison created a simple electric wagon. It has been reported that these developments helped make electric a popular choice among Americans such that a third of vehicles on US roads were powered by electricity in the early 1900s.

Espresso machines: It’s not just in the UK that inventions were hot in 1884. This was also the year in Turin in Italy that a man named Angelo Moriondo was granted a patent for the origins of what became an espresso machine. He demonstrated a working example at the Turin General Exposition of that year.

Fountain pen: And across the pond, American Lewis Waterman was also granted his first patent for a capillary feed fountain pen in the United States. He held numerous patents and was inducted into America’s National Inventors Hall of Fame in 2006.

Peanut butter: How about something tasty? Marcellus Gilmore Edson produced peanut butter from roasted peanuts using heated surfaces. He was granted a patent in 1884 and his application referred to the substance having a consistency like that of butter, lard or ointment’.

Professional football: Here in the UK, some of our most established and recognised professional football clubs were founded in 1884. The list includes 2015-2016 Premier League Champions Leicester City (founded as Leicester Fosse) who are nicknamed the Foxes, their East Midlands rivals Derby County, League One Lincoln City and Tranmere Rovers (founded as Belmont FC) who play in League Two.

Electric clock: In what was a landmark year for electrical inventions – Chester H. Pond is credited with developing the first electrical self-winding clock, which could be electrically synchronized with a master clock.