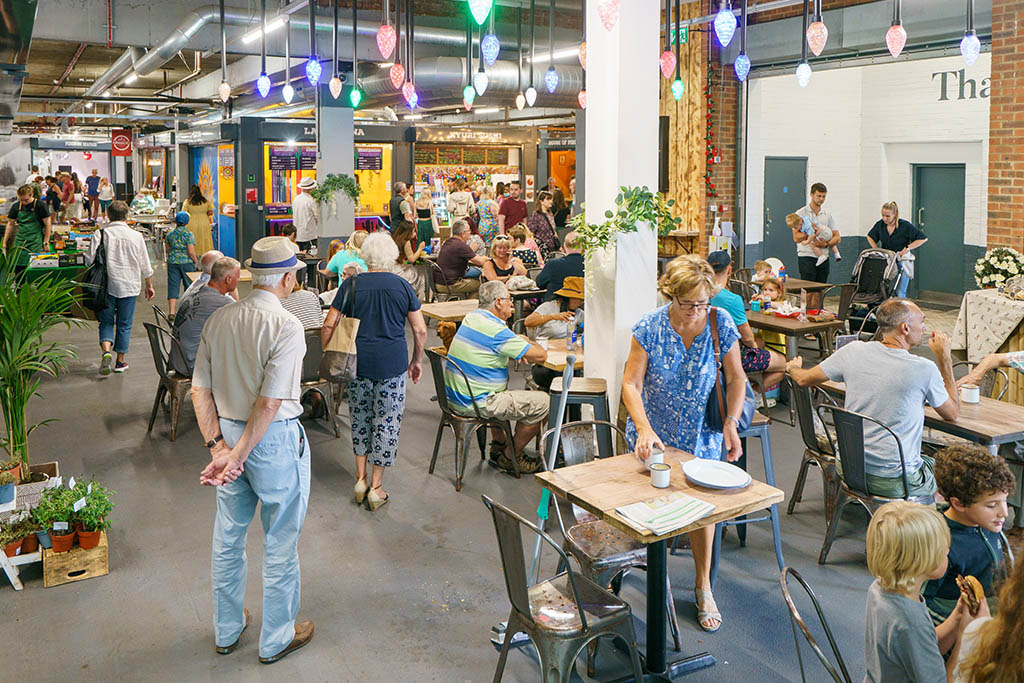 Five Valleys livens up the centre on Sundays with a running programme of entertainment to round off the weekend for Stroud shoppers.

The centre team have been busy planning a raft of initiatives and mini events to get behind the retailers and traders at the shopping centre who open seven days per week.

Although Sunday is traditionally a day of rest, the centre is giving everyone a reason to step out, visit their high street and support local independents working all week to deliver fantastic local produce, goods and services.

Creating a fantastic and welcoming atmosphere is at the heart of this plan with live music, cookery demonstrations, DJ’s and other acts which will be announced weekly to make this a ‘Super Sunday’ for all.

Centre Manager, Jessica Derham, said: “We are always looking at ways to create a great atmosphere on the centre and ensure that everyone’s visit is a bit special.

“This is a tricky balance for the centre team and its retailers as Five Valleys is undergoing a huge programme of redevelopment works.

“It’s due to this programme of works that so many changes have been seen at Five Valleys over the past 12 months and we’re confident that for those who haven’t been into the centre for some time, you’ll be impressed by the range and offer that’s now here.”

This weekend kicks off the new and improved Sundays with live music from Tom Clissold who will be performing country and folk-sequel music within the Indoor Market area.

Shoppers can enjoy the music and relaxing atmosphere whilst indulging in a tasty lunch from a wide variety of street food vendors such as House of Piri, Thai2Go, Non Solo Pasta, Kyuri Sushi, Oh Crepe and La Cantina.

As well as food, the centre has several stores open from 10am until 4pm every Sunday including Jojo Maman Bebe, Home Bargains and Wilko. Families may also want a break from shopping to enjoy a film at Vue or a game at Stroud Bowl.

The centre has celebrated a number of new business openings recently, the latest being Stroud’s only vegan delicatessen, Vegicatessen. If shoppers haven’t visited for some time, the centre team is urging people to use their Sundays to come and take a look at the changes that have taken place.