Gloucestershire Police is #StandingUpForHangingUp in support of national campaign 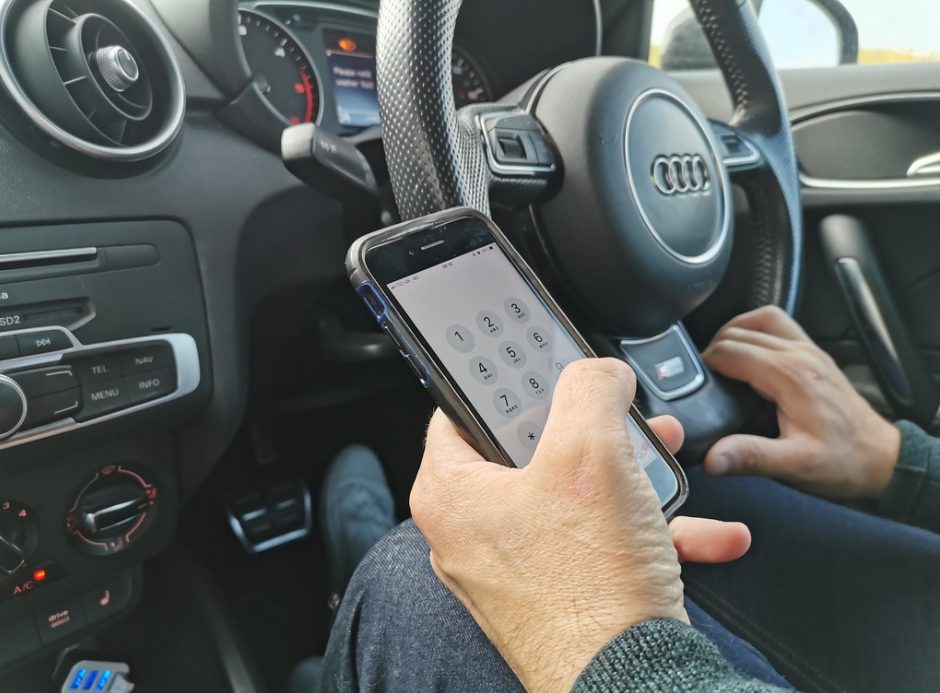 Gloucestershire Police has issued ‘shocking’ footage of mobile phone use on the M5 as part of a campaign that sees forces come together in #StandingUpForHangingUp.

The National Policing Chiefs’ Council campaign, which runs until Sunday 27 February, aims to help reduce the number of people who are killed or seriously injured as a result of mobile phone use.

The use of a mobile phone whilst driving falls within the “Fatal Four” causes of road deaths and injury along with inappropriate speed, not wearing a seat belt and drink/drug driving.

Officers will be out across the county this week raising awareness of the dangers of using a mobile phone whilst driving as statistics show that the action can increase the chances of being involved in a fatal or serious collision.

Research has shown that drivers using a phone are four times more likely to be involved in a collision, far less likely to notice and react to hazards, more likely to show poor lane discipline and make more variable speed choices.

Mobile phones provide a further distraction for drivers who are using them as a Satnav or listening to music.

Temporary Sergeant Mark Feltham from the Roads Policing Unit said: “25 percent of people admit to talking on their mobile phone while driving which is why it’s crucial that we raise awareness of the dangers this entails.

“As well as this, 40% of people admit that they check texts or social media apps while they are in traffic so it’s not just making calls that we are looking to tackle.

“The use of a mobile phone is something we tackle year round however over the coming week officers will be putting an emphasis on spotting offences to ensure the counties roads are safe for all.

“To avoid putting yourself and other road users in danger, we advise putting your phone out of sight and on silent or in the glovebox when you’re behind the wheel.”

Gloucestershire’s Police and Crime Commissioner Chris Nelson said, “Time and time again communities tell me about concerns relating to road safety, and people on the phone while driving is high on their list.

“Frankly, I find it incredible that drivers still think it’s ok to do so. It not only endangers their lives but other, innocent road users too. It’s selfish and utterly reckless and I am totally in support of this campaign”.

To find out more about the penalties of using your phone whilst driving please visit: https://www.gov.uk/using-mobile-phones-when-driving-the-law

Anyone who has concerns over someone who may be using their mobile phone whilst driving can report this to police by completing the following form or calling 999 if the incident is ongoing: https://www.gloucestershire.police.uk/tua/tell-us-about/soh/seen-or-heard/