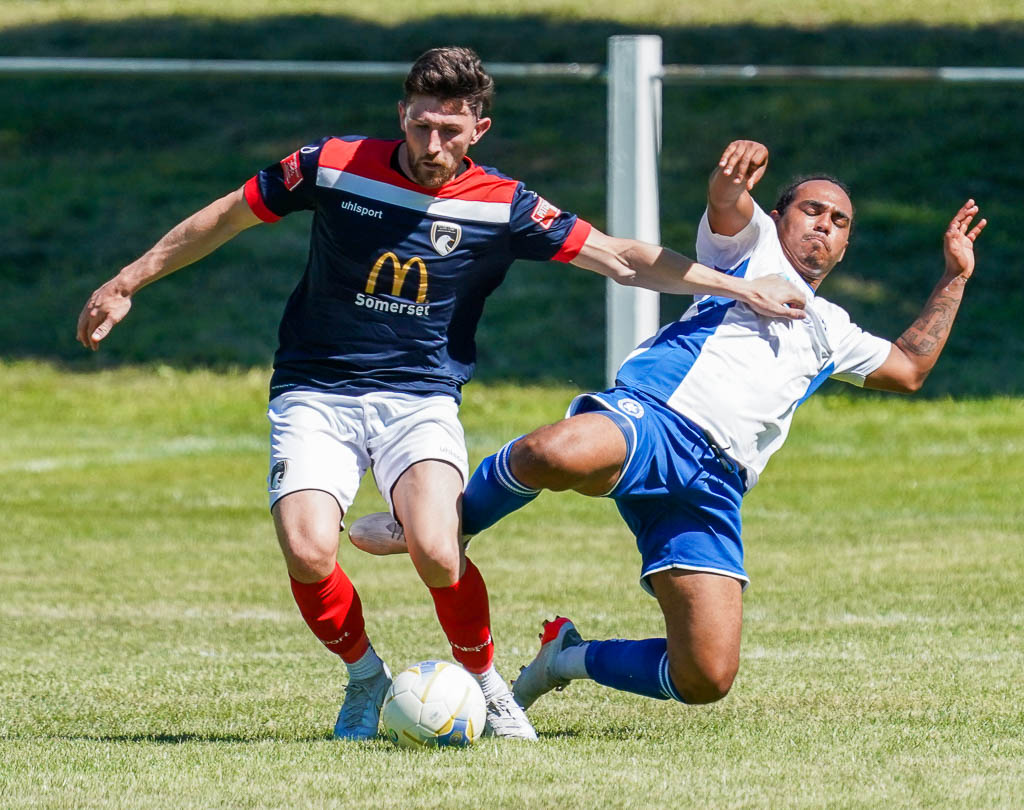 In sweltering conditions, the Seagulls opened their account on four minutes – Lloyd Humphries fizzing in from 25 yards after being teed up by former Forest Green striker Rueben Reid. The goal tide continued – captain Kieran Thomas making it 2-0. Former Bristol City striker Marlon Jackson made it 3-0 with a simple finish and it was 4-0 to the Seagulls when Elis Watts pounced.

A raft of changes at the break failed to knock Weston off course as the goal frenzy continued – former Forest Green midfielder Dayle Grubb sweeping home for the fifth.

Sam Prior’s side had no answer to Weston as Matt Barnard own goal made it six with seven minutes to go.

Weston turned up the heat in the dying embers of the game with four goals in the final seven minutes. Jay Murray made it seven. Ben Griffith made it eight from the penalty spot and Murray bagged a stoppage-time brace to register a hat-trick as the game finished with Weston in double figures.