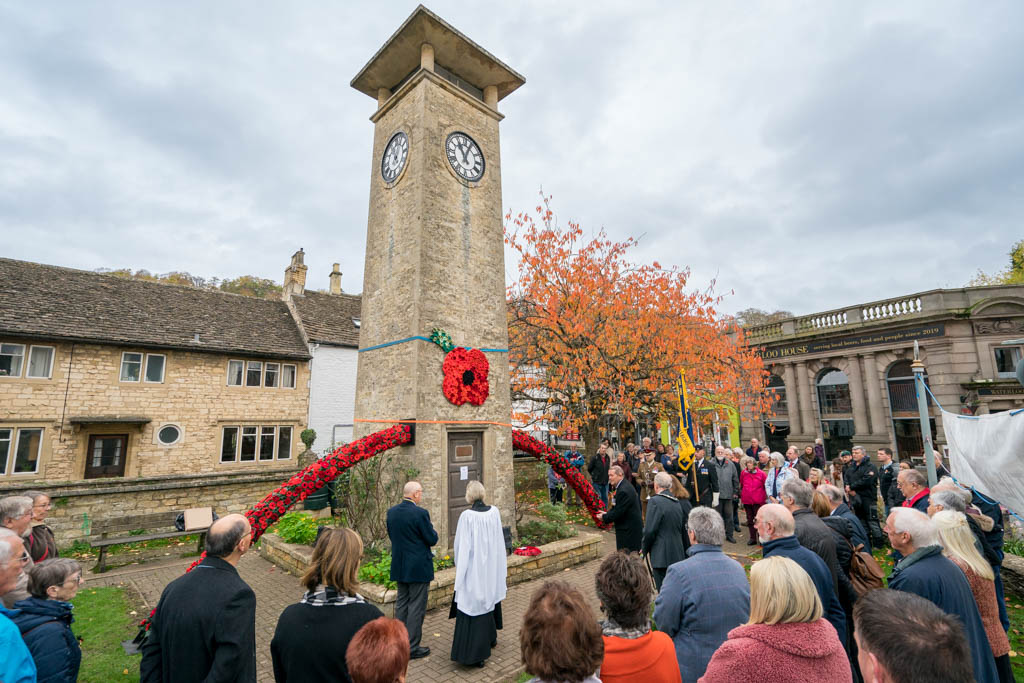 Wreaths were laid at the war memorial at the Clock Tower in Nailsworth at 11am today, November 11th.

Dozens of people gathered to pay their respects at the ceremony organised by the Royal British Legion, and conducted by Rev Caroline Bland of St George’s Church, Nailsworth.

Tim Godden, Chairman of the Forest Green and Nailsworth Branch of the Royal British Legion has organised the event since 1998 and laid the second wreath.

He said: “It’s so good the nation remembers people lost in conflicts. This town is so kind, so sympathetic and passionate about Remembrance Day. We are truly blessed.”