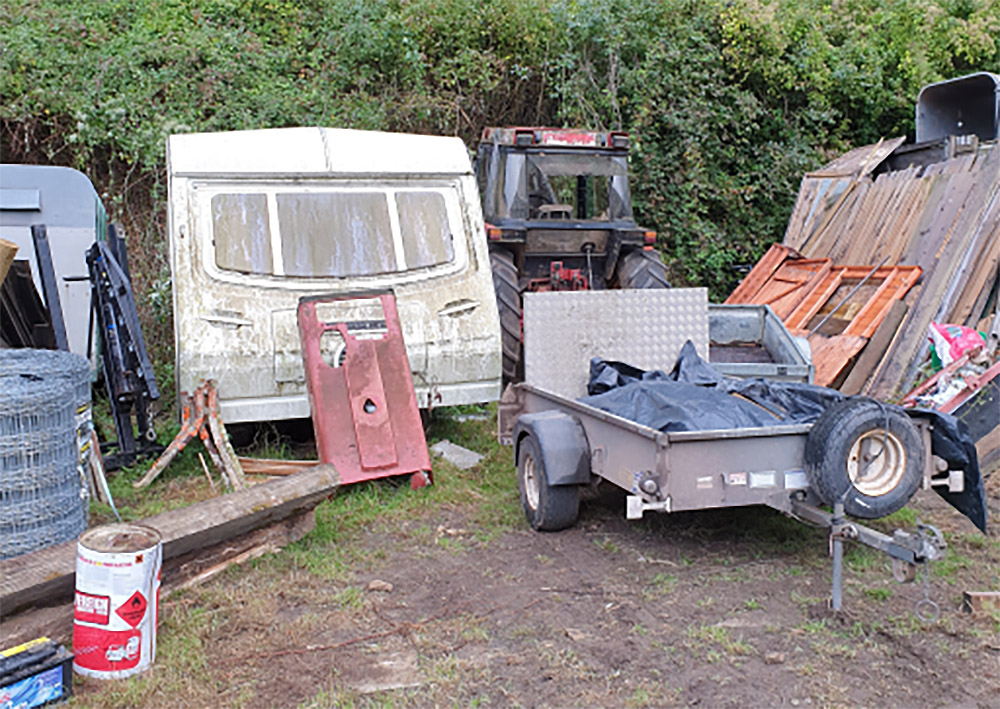 Around £100,000 worth of suspected stolen agricultural items have been recovered in Stroud, with some already reunited with their rightful owners.

On 27 September police received a report a trailer had been stolen in Eastcombe. Enquiries took place and an officer from the Stroud Local Policing Team later arrested a man aged in his 40s from Stroud on suspicion of theft.

The trailer was subsequently found in a bush later that day by the person who had reported it as stolen.

Following further police enquiries, a location was searched in Stroud and a collection of items were discovered, which are estimated to be worth around £100,000.

Officers from the Rural Crime and Vanguard teams, including a vehicle examiner and plant machinery examiner, remained at the location across three days to review, log and seize every item that was suspected to be stolen.

Inspector Simon Ellson, the Rural Crime Team lead, said: “The theft of plant machinery and other agricultural property can have a massive financial impact on farmers and our rural communities.

“This is a really good outcome – and a great example of collaborative working across the Constabulary, with the Rural Crime Team and Vanguard officers working together in partnership.

“They worked tirelessly to review every item that was at the site, which took a total of three days to ensure nothing was missed.

“So far we have identified the rightful owners of nine stolen trailers and a tractor, and we’re continuing to work through the information on the other items.

“Anyone who has information on someone they think is involved in this type of crime can provide information anonymously to Crimestoppers by calling 0800 555 111 or online https://crimestoppers-uk.org/.”

Other suspected stolen items include handheld Stihl petrol tools and farm tractor attachments. Some of the items where owners have been identified related to thefts dated back over 12 months, with others from more recent farm thefts.

The man arrested in connection with the ongoing investigation was released on police bail while further enquiries continue.

Anyone with information relating to the ongoing investigation is asked to provide this to police online by completing the following form and quoting incident 133 of 27 September: www.gloucestershire.police.uk/tua/tell-us-about/cor/tell-us-about-existing-case-report/