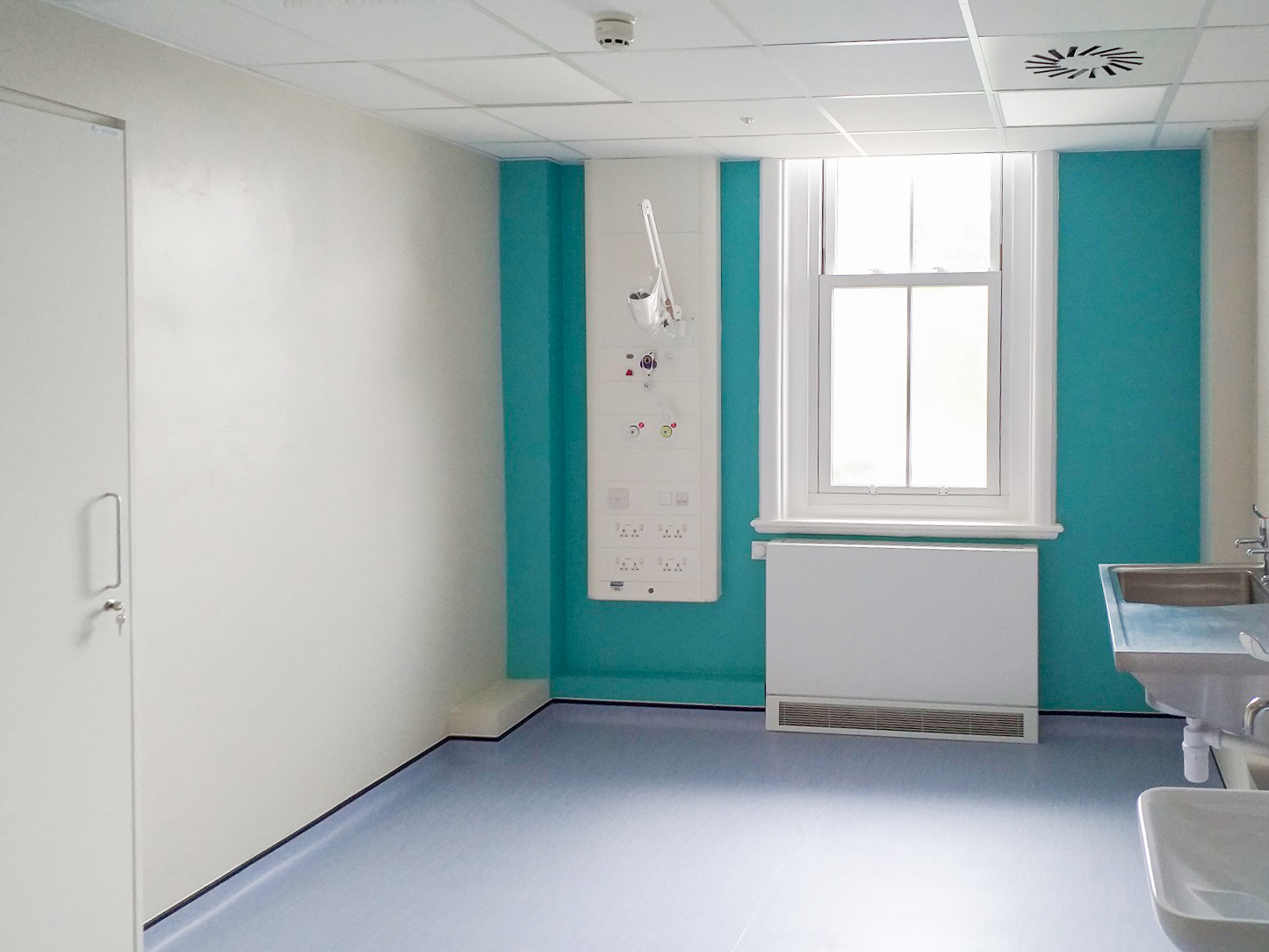 Gloucestershire Health and Care NHS Foundation Trust has announced the return of patients and services to the newly refurbished areas of Stroud Hospital following an extensive £2 million renovation project.

Jubilee Ward and the Minor Injuries and Illness Unit (MIIU) were vacated in August last year to allow for a complete redesign of both spaces and the installation of new air handling and temperature control systems throughout.

Patients and staff began returning to the ward last week – having been based on a temporary ward at Cirencester Hospital for nearly a year.

The extensive building work in the MIIU has created larger consulting and treatment rooms, separated assessment bays including one for isolation, a new children’s waiting and treatment area and a new reception area.

The refurbished Jubilee ward will benefit from improved bed separation, toilet and shower facilities, two larger single rooms with ensuite facilities, a ward office and relocation of the reminiscence room onto the ward.

The project was originally scheduled to be completed early in 2022 but was slowed down by global issues affecting the building industry, including unpredictable availability of fittings and materials for the work as well as labour shortages in various trades caused by the pandemic.

Helen Mee, Service Director for Urgent Care and operational lead for the project, said: “There’s a combination of excitement and relief to be back in the hospital. It looks amazing but the spaces are very different to the ones we left, so everyone is taking a moment to get used to the changes.

“It’s a major step forward for both our patients and our staff, with a far better layout, better facilities and improved ventilation and temperature control.

“We’re grateful to everyone who has worked with us over the last few months while we’ve finished the work here, and to the public who have been very understanding throughout the rebuild.

“I’d also like to say a huge thank you to the hospital staff who have been patient and professional while working for longer than expected in their temporary bases.”

The Trust is also grateful to Stroud Hospitals League of Friends for their significant contribution to this refurbishment project.

The Minor Injuries and Illness Unit, which had been working from the nearby maternity hospital’s community clinic, closed for three days last week to allow equipment moves and retraining. It is now open again from 8.30 am to 5 pm and available to treat walk-in patients although it is recommended that appointments are made in advance by calling 0300 421 7777.