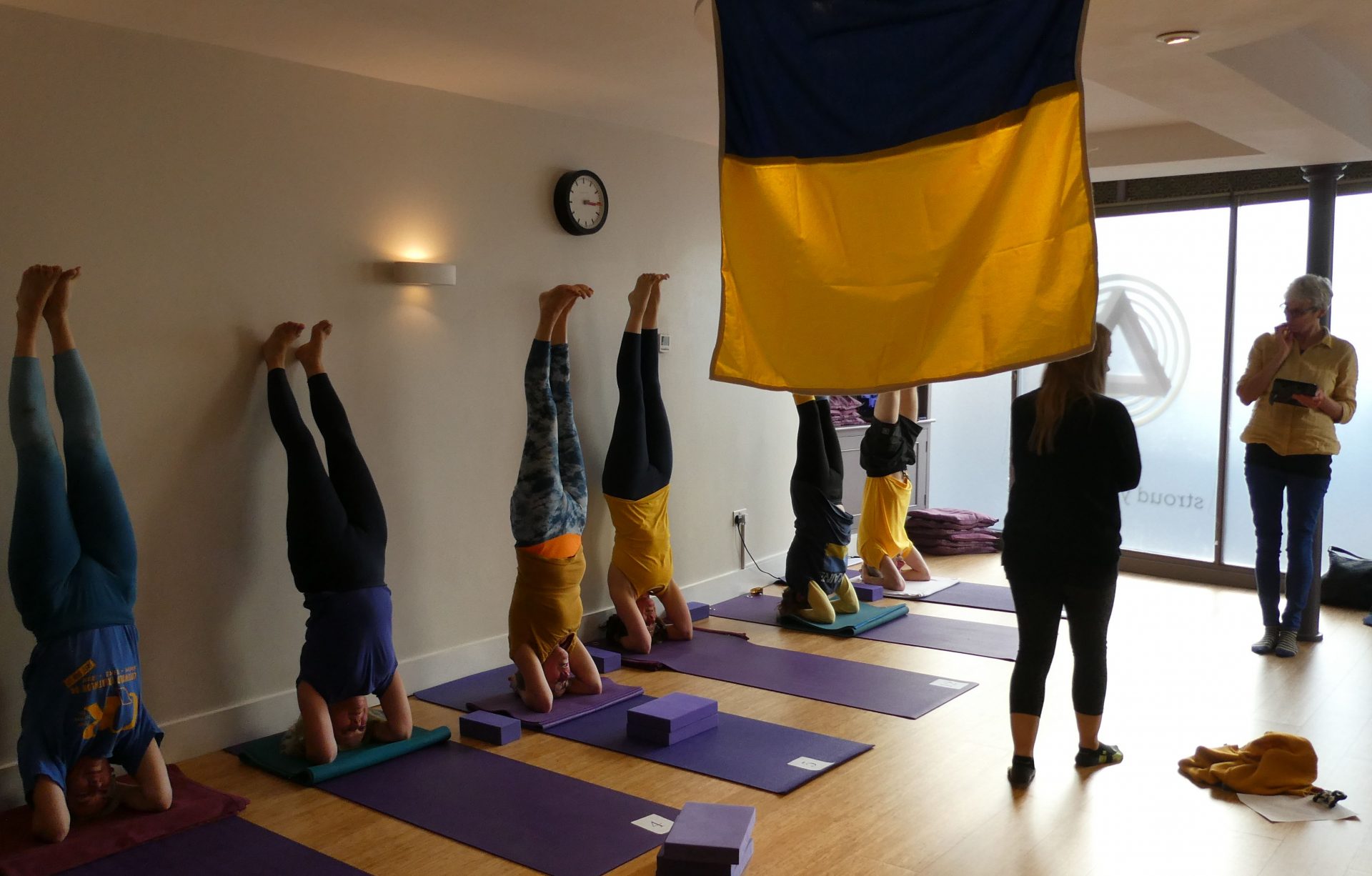 Stroud Iyengar yoga practitioners took a stand for Ukraine with a difference.

The Sirsasana yoga pose is one of the toughest to achieve. It is yoga headstand that must be approached with care and takes time to master.

When in a headstand the yogi places their entire body weight on their forearms and head, relying on the strength of their upper body and core to maintain their alignment. It is energising, with many physical benefits as well as focusing the mind.The Stroud yogis were there to raise money for the Ukraine refugees. Most wore some sort of blue and yellow clothing and the flag of Ukraine hung from the ceiling. Each person was determined to raise as much as they could be based on the number of minutes they spent in a headstand.

Iyengar teacher Tanya De Leersnyder, from Kalya Yoga, began the session with specific warm-up exercises and explained the counterposes that each person needed to perform when they came down from their headstand.

A support team was made up of a timer, a scribe, and two people to ensure that the ‘head standers’ were properly aligned and safe. On zoom was one fundraiser and some spectators.

On the count of three, the yogis ‘assumed the pose’ and the count began. Every minute the timer called out the elapsed time. In the chat before the challenge began, it seemed that the expectation was that 10 minutes was probably achievable by one or two.

During the headstand some yogis’ faces reflected the effort required, others had their eyes closed and looked calm and comfortable.

The first yogis to come down were in the five to seven-minute range, others at 10 to 15 minutes, one at 23 minutes, and the last a record 30 minutes. A total of 167 minutes in the headstand was recorded, an average of 12 minutes per participant.

The total funds raised is an incredible £4,900 raised by 14 people who were upside down for a total of 167 minutes.

All the funds have gone to The Disasters Emergency Committee (DEC) and with Gift Aid the donation totals £6.100.

For the participants and their sponsors, it is one way in which they can make a difference when we all feel so helpless over the devastation in Ukraine.