The Railway Family comes together for International Women’s Day 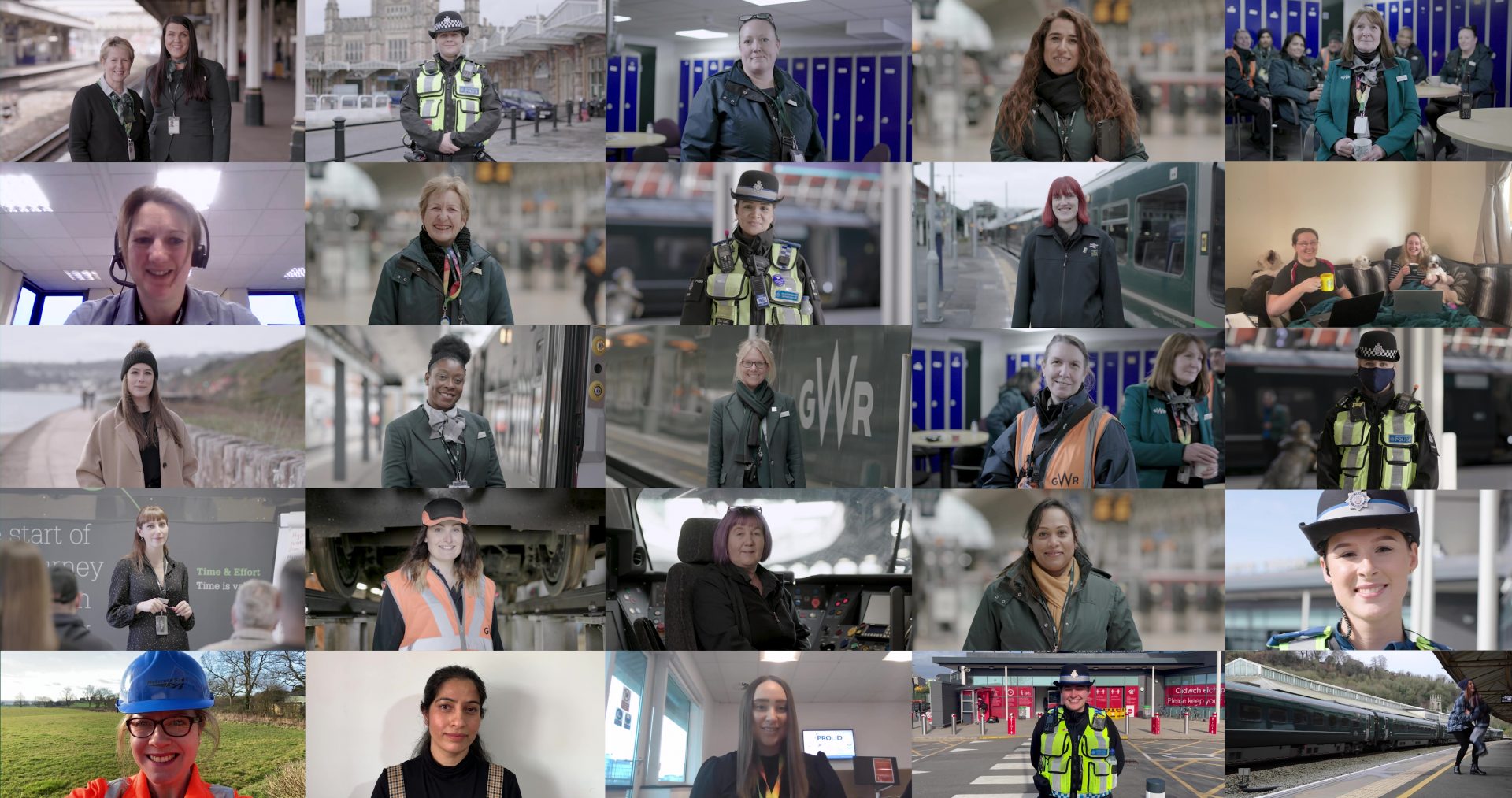 Great Western Railway, Network Rail and the British Transport Police have teamed up to celebrate women in the rail industry for International Women’s Day, with a host of activities across the Great Western Network, including an exciting new film.

The film, entitled A Woman Belongs… features the breadth and variety of roles now carried out by women from GWR, NR and BTP, in what have traditionally been seen as male dominated industries.

From driving trains to working under them, as well as creative, and learning & development roles, the film is designed to showcase the different careers that the rail industry has to offer. It has been put together to encourage women to consider a career in rail, or with the transport police.

Great Western Railway HR Director Ruth Busby, who appears in the film, said: “This film is a brilliant example of showing how diverse and inclusive the rail industry is and that anyone can be part of the railway family; we all belong wherever we want to belong. There are so many career opportunities for people of all backgrounds and all skill levels, and we are passionate in continuing our hard work with NR and BTP to encourage people to join our family.”

BTP Police Constable Lauren Anderson said: “I’m proud to work with some incredible women at BTP, keeping our railways safe for everyone. And it’s a privilege to work alongside the women of GWR and Network Rail every single day.

“A woman truly does belong wherever she wants to belong. Happy International Women’s Day everyone.”

“We know that more diverse and gender-balanced teams are more engaged, collaborative, motivated and safer. By promoting positive female role models, we hope to provide inspiration and encouragement for future generations who may like to follow in the footsteps of some of our female railway pioneers.”

Along with the film, rail colleagues from across the network, some of whom are members of the Women in Rail group, will celebrate the day at Reading and Bristol Temple Meads stations on Tuesday 8 March. There will be stalls and activities designed to share women’s experiences of working in rail, information on careers, as well as entertainment and refreshments.

Fundraising will also be taking place at Bristol Temple Meads for Women’s Aid, the domestic abuse charity, who partnered with GWR for International Women’s Day in 2020 to launch the Rail to Refuge scheme in the area.

The scheme, which provides travel support for people escaping domestic abuse, was launched on the network two years ago and has since been rolled out nationwide, helping more than 2,200survivors nationally, including 650 children, to safety.

The station events start at 10:00 at Bristol Temple Meads and 11:00 at Reading, with the film available to view on the social media accounts of all three organisations on Tuesday 8 March.

Careers information, including vacancies can be found at: