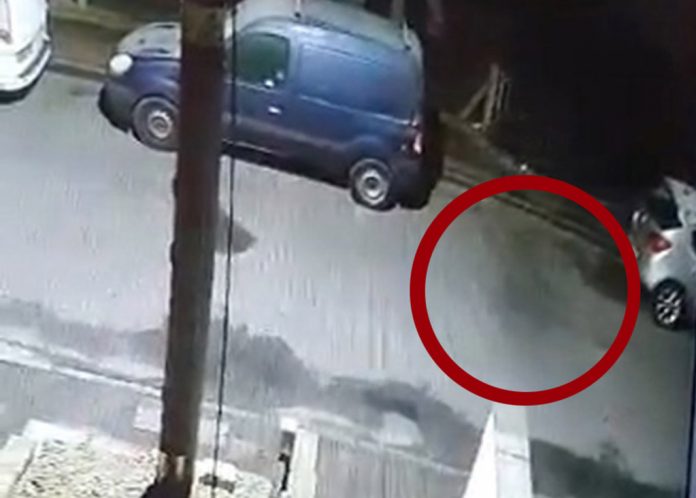 An eerie mysterious entity was captured on CCTV in Stroud.

The creepy footage was handed to the Stroud Times by Shane Matthews.

A shadowy spooky grim reaper-like figure eerily floats past the camera in full view and moves slowly across the road towards Shane’s son’s van before vanishing into the night.

“I didn’t believe in ghosts, but I do now,” said Shane, who captured the paranormal activity at 5.46 am.

“I have two cameras on the front of the house. One picked up the movement, the other didn’t.”

There is no scientific proof of ghosts but, as one of the most popular paranormal beliefs, tens of thousands of people across the globe are convinced that some of us live on after death and energies from these spirits can be captured on camera.