Another Way: The Forest Green Rovers Story streams this week on FIFA+ 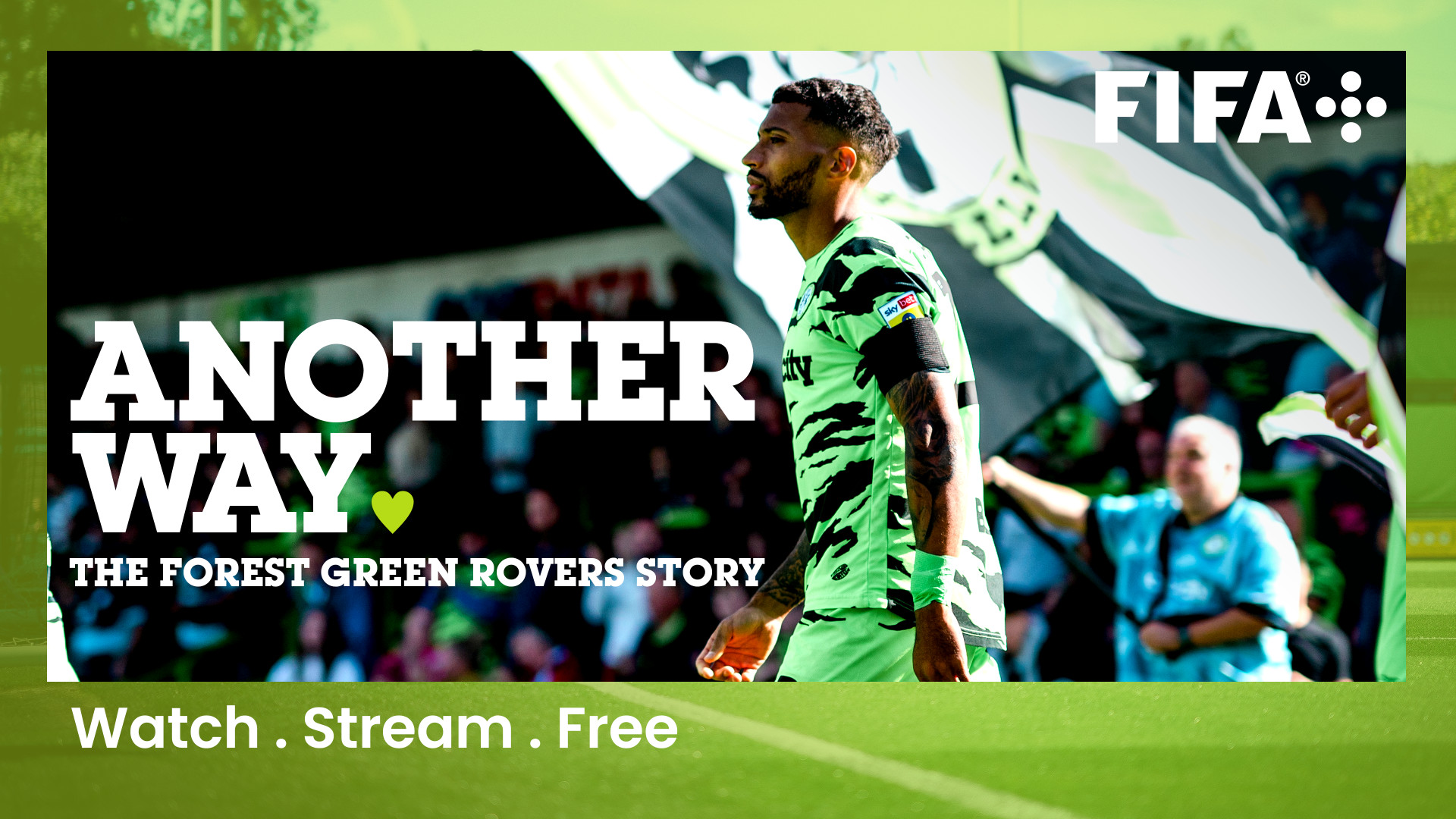 The new Original film from Passion Pictures documentaries (The Territory, Lady Boss: The Jackie Collins Story) is directed by Bart Corpe and executive produced by Amy Foster for Passion Pictures.

Tracking the club’s triumphs both on the pitch and off it, the film goes behind the scenes of its EFL League 2 winning season, while learning about the efforts it goes to ensure it’s the ‘greenest football club in the world’.

From powering the entire ground with renewable energy, ensuring all fans, players and staff are served vegan food, to setting out on an ambitious project to build a 100% eco-friendly stadium – the Forest Green Rovers story is unlike any other, and sets a marker for clubs across the planet to follow suite.

Now, through FIFA+, the Forest Green Rovers project will reach an international audience and provide insight, education and excitement for fans across the globe, all while set against an enthralling and thrilling fight for promotion.

James Abraham, Commissioning Editor at FIFA+, said: “This is exactly why FIFA+ was created – to tell the very best stories that football has to offer, on a global scale.

“The Forest Green Rovers project is special for so many reasons, and it’s blazing a trail for how all professional sports teams can work differently in the future. At FIFA+, we’re immensely proud to be able to give a platform to this story, and it was a joy to work with Forest Green Rovers – particularly in such a successful season.”

Dale Vince, Chairman at Forest Green Rovers, added: “It’s been great to work with FIFA on this film – one of the first to be on their new FIFA+ channel. There have been football documentaries before of course – but none about a club like Forest Green, because there are no clubs quite like Forest Green.

“This film conveys our story and our work on and off the pitch perfectly. Football is a new frontier for environmental responsibility and communications – something we know that FIFA and FGR both see as a vital evolution for the sport.”

Amy Foster, Passion Pictures, said: “With a global reputation for crafting cinematic, impactful films with social purpose at their core, Passion Pictures has always been drawn to stories that need to be told, and the Forest Green Rovers story is one of them. With their trail-blazing approach to football and the environment, this is a sports story that’s so important and inspiring for our time – it shows clubs and fans alike that there is another way.”

Completely free, FIFA+ is available to download on Android and iOS devices, and on desktops at fifa.com/fifaplus.

Available in 10 languages, the digital destination for football fandom is aimed at bringing to life the best stories that the world of football has to offer. It offers an extensive archive of all men’s and women’s FIFA World Cup™ matches, thousands of live fixtures every year, interactive games and predictors, and a slate of original documentaries, docuseries, talk shows, and shorts.