What’s on at The Sub Rooms in June 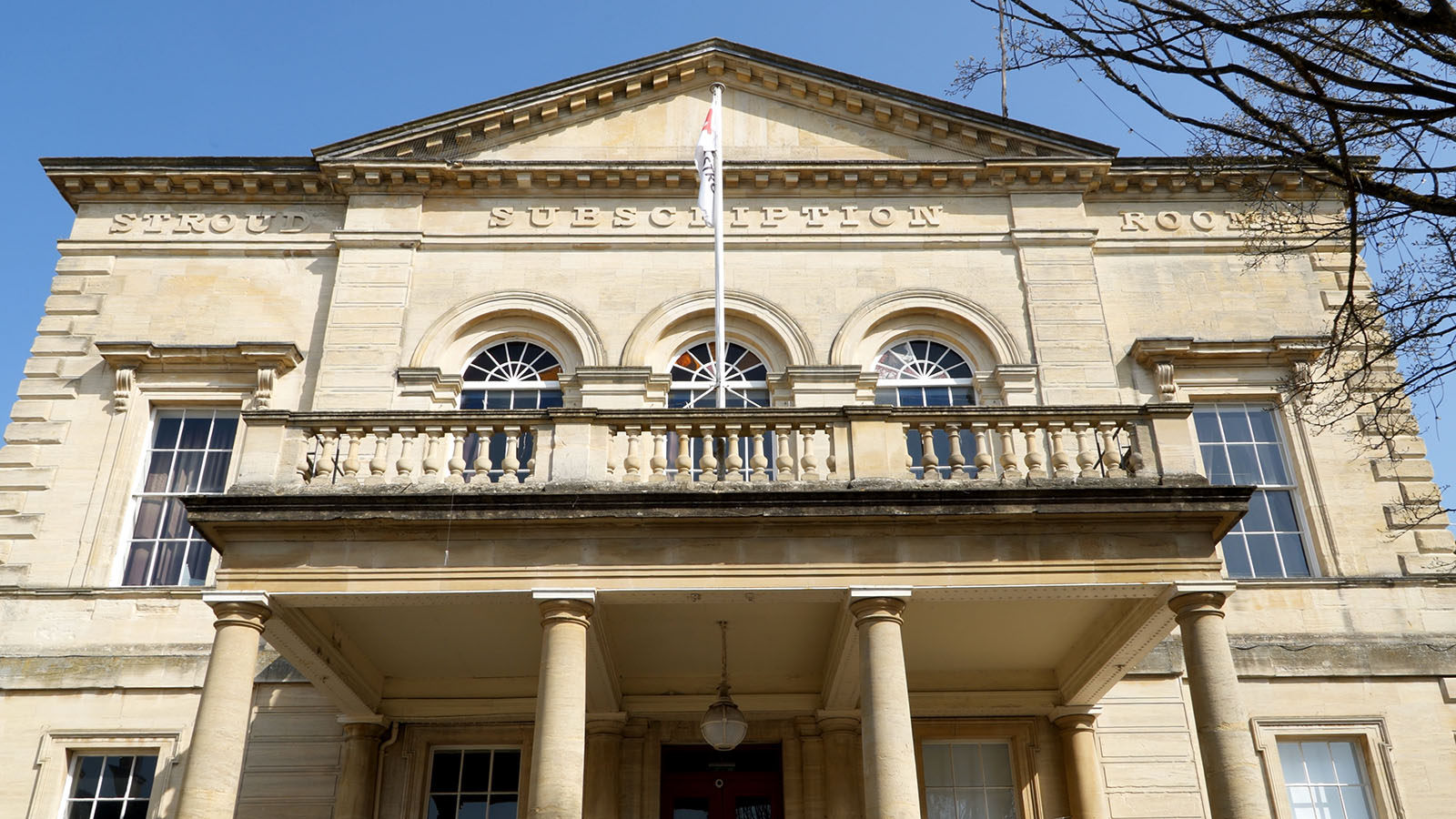 Coming up at The Sub Rooms next month:

Morgan & West present captivating chemistry, phenomenal physics, and bonkers biology in this fun for all the family science extravaganza!

Magicians, time travellers and all-round spiffing chaps Morgan & West have a secret past – they are genuine, bona fide, legitimately qualified scientists, and now are bring their love of enlightenment to the stage!

Expect explosive thrills, chemical spills and a risk assessment that gives their stage manager chills, all backed up by the daring duo’s trademark wit, charm and detailed knowledge of the scientific method. Leave your lab coats at the door it’s time for Unbelievable Science!

Majesty brings your UK drag superstar Baga Chipz as she makes her delicious debut at the Subs to satisfy all your Platinum Jubilee needs.

Booty Bass; born for women and non-binary folk to come together and play big, bad, unapologetic bangers from around the globe.

Join us to celebrate the Platinum Jubilee in style at our Royal’ish’ Variety Show.

You’ll find something to keep all the family entertained; from comedy to magic, hoop spinning to ventriloquism, song and dance and maybe even an appearance by the King of Rock & Roll himself.

Comedy from the international man of merth and merriment Noel Broadie.

Magic and Ventriloquism from Colin Dymond.

The musical stylings of John Dalton.

Join us at the Subscription Rooms for a delicious 3 course celebration lunch and afternoon concert with Chalford Silver Band.

John Cooper Clarke shot to prominence in the 1970s as the original ‘people’s poet’.

His unique poetry writing and rapid-fire delivery style was recorded and put to music by legendary producer Martin Hannett and a band of Mancunian superstars, such as Buzzcocks Pete Shelley and The Durutti Columns Vinnie Reilly.

His latest live show, touring across the UK, Europe, USA, Canada & Australasia, is a mix of classic verse, extraordinary new material, hilarious ponderings on modern life, good honest gags, riffs and chat – a chance to witness a living legend at the top of this game.

Regenesis is a breathtaking vision of a new future for food and for humanity. Drawing on astonishing advances in soil ecology, Monbiot reveals how our changing understanding of the world beneath our feet could allow us to grow more food with less farming. He meets the people who are unlocking these methods, from the fruit and vegetable grower revolutionising our understanding of fertility; through breeders of perennial grains, liberating the land from ploughs and poisons; to the scientists pioneering new ways to grow protein and fat. Together, they show how the tiniest life forms could help us make peace with the planet, restore its living systems, and replace the age of extinction with an age of regenesis.

Richard Rodgers & Oscar Hammerstein II pioneered a flair that was all their own in the golden age of musical theatre.

From 1940 to Hammerstein’s death in 1960, this musical duo dominated the musical stage and big screen with hits such as South Pacific and Cinderella, and their mastery of creating stories through music that lived beyond the page or even the performance is much of what keeps their work alive and well today. More than those of any composer or lyricist writing for the stage, the songs of Rodgers & Hammerstein have become an integral part of our everyday lives.

Some Enchanted Evening is an enthralling revue of some of their most stunning compositions and places five performers in a theatrical setting: first ‘backstage,’ where the songs are sung as personal interplay, and then ‘onstage,’ where the songs are presented to an audience. Some Enchanted Evening will delight you with a glorious parade of genuine hits.

Mavis Staples is a Blues and a Rock and Roll Hall of Famer; a civil rights icon; a Grammy Award-winner; a chart-topping soul/gospel/R&B pioneer; a National Arts Awards Lifetime Achievement recipient; and a Kennedy Center honoree. She marched with Dr. Martin Luther King, Jr., performed at John F. Kennedy’s inauguration, and sang in Barack Obama’s White House. She has collaborated with everyone from Prince and Bob Dylan to Arcade Fire and Hozier.

A passionate coming-of-age tale set amidst the conservative confines of modern Tbilisi, the film follows Merab, a competitive dancer who is thrown off balance by the arrival of Irakli, a fellow male dancer with a rebellious streak.

SubVerse is thrilled to present two of the finest new voices in contemporary British poetry. Inua Ellams, reading from his recent collection of poetry The Actual (Penned in the Margins), returns to perform in Stroud for the first time in 14 years. He is supported by Stroud-based poet Maria Stadnicka.

Few bands have as great a live reputation as Mike Scott’s Waterboys. From the days of This Is The Sea through the mix of Celtic and Americana on their classic Fisherman’s Blues, to the brilliant shows accompanying the last decade’s run of in-form albums, The Waterboys have blended inspiration, tightness and improvisation to reach heights of performance few other acts can.  One of the reasons for this is the constant change in not only the band’s styles of music but in its line-up.  Over eighty members have served as live Waterboys since their first show in 1984.

This Spring will see yet another iteration: a new and unique two-man version of the band will play a handful of shows in the US and UK to coincide with the release of their new album All Souls Hill.  The mercurial Scott will be joined by longterm Waterboys keyboardist and Memphis great Brother Paul. They promise to reconfigure Waterboys music in a new and intimate shape, before rejoining the rest of the current band for full-scale shows through the summer and Fall. Don’t miss what will be some rare and very special shows.

Acclaimed jazz and blues guitarist Remi Harris and virtuoso double bassist Tom Moore present an evening of music ranging from the acoustic jazz of the 30s and 40s to the electric blues of the 60s and 70s; influenced by such greats as Django Reinhardt, Peter Green, Wes Montgomery, Jimi Hendrix and more.

Su is about to embark on her first ever “An Evening with Su Pollard” tour where she will talk about her exceptional career, which is sure to be filled with laughter and a few tears. Su will also undertake a Q & A with the audience.

For the past 30 years, the singer, songwriter, saxophonist and guitarist has been making records that confound those who try to categorize his music or put him in a box.

Terry Reid is an English rock vocalist and guitarist. He started his career out in the Jaywalkers before branching out into a solo career and has supported The Rolling Stones, Jethro Tull and Fleetwood Mac to name a few.

Toby Lee is an English guitarist from Oxfordshire and has appeared on the television shows Little Big Shots and Ellen Show, as well as starring in the musical School of Rock. At eight years old he taught himself how to play and became a global sensation after playing guitar at BB King’s blues club in 2015 when he was just ten years old.

Joe Bonamassa has called Toby Lee “a future superstar of the blues”.

CrazyBird Comedy presents Chris McCausland & Support.  Chris McCausland is a British stand-up comedian from Liverpool. Chris has been performing stand-up since 2003 and is a regular face on British television.

He has made multiple appearances across such flagship comedy programmes as Have I Got News for You – Would I Lie to You? – Live at the Apollo – QI – 8 out of 10 Cats Does Countdown… and much more.

He has spent almost two decades travelling the country performing stand-up, and has long been firmly established at the very top of the UK’s live comedy circuit.

The UK’s finest tribute to The Specials.

The Specials Ltd are the UK’s most authentic and original tribute to 2-Tone Legends The Specials.

The Specials Ltd recreate the passion and enthusiasm of The Specials, bringing back memories of those who were there first time around and showing younger fans what they missed.

The Specials Ltd are a 9 piece band full of energy, excitement and accuracy, performing Specials favourites such as Gangsters, Too Much Too Young, Do The Dog, Message To You Rudy, Stereotype, Rat Race, Do Nothing, Monkey Man, and Ghost Town.

Foden’s Brass Band is based in Cheshire, UK and is currently ranked as one of the finest brass bands in the world.  The band has won many awards over it’s 100 year plus history including the National Brass Band Championships of Great Britain 15 times and the British Open Championships 12 times.  The band are world renowned for playing of the highest quality and perform regularly for audiences across the UK and worldwide.

Mads Mikkelsen stars in this unruly film about a reckless experiment to see whether a daily small amount of alcohol can enhance their view of life and help them to become better versions of themselves. The delicate balancing act which ensues has won a BAFTA and an Oscar.