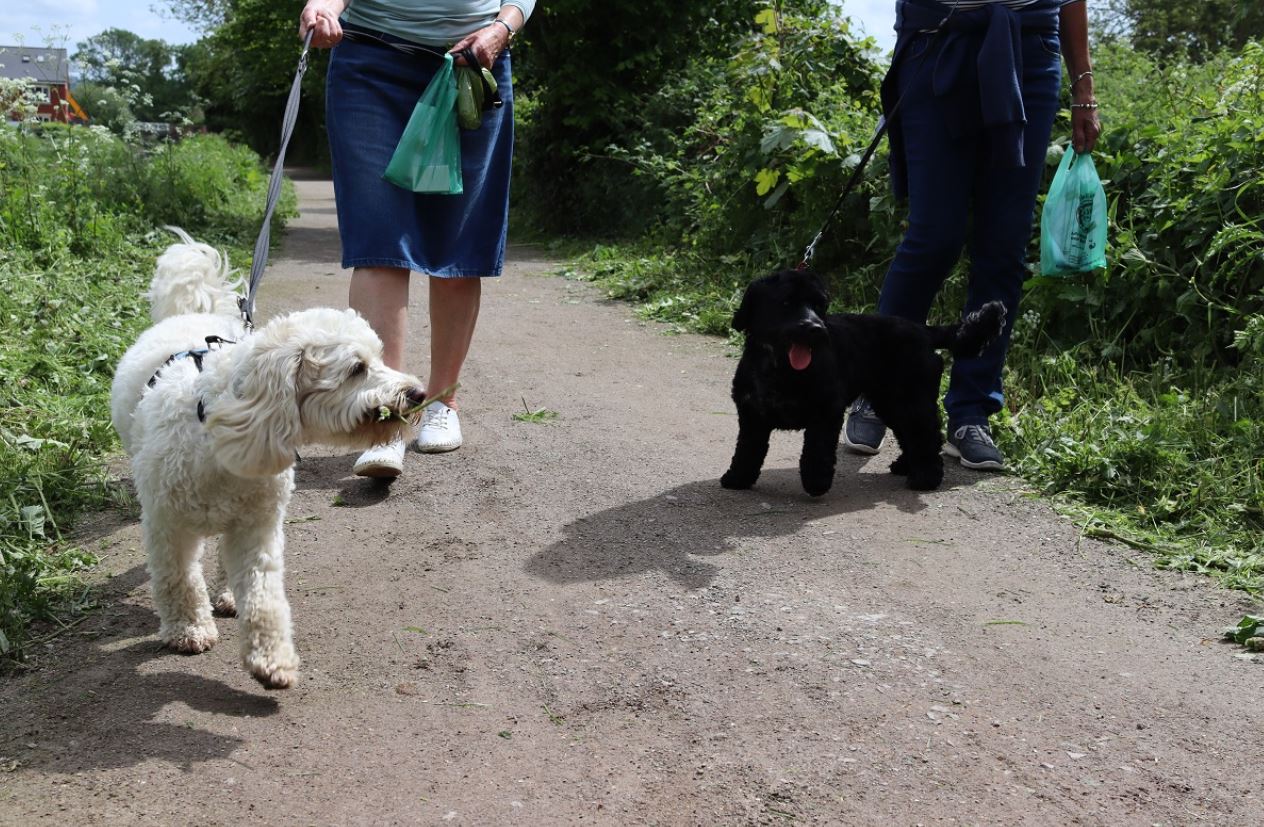 Over the course of two days bags containing poo bags, dog collar lights, personal alarms and advice leaflets were handed out, and more new signs about keeping dogs on leads and picking up after dogs were put up.

The teams targeted towpaths on the Stroudwater canals between Chalford and Stonehouse, and the cycle track between Nailsworth and Ryeford.

“Most dog owners abide by the rules – it’s important that all dogs are on leads, and it was useful to reassure the vast majority of dog walkers who were keeping their dogs on leads that they’re doing the right thing,” said Animal Welfare Officer Josie Oak, who co-ordinated the operation with the council’s Neighbourhood Wardens.

“Keeping dogs on leads means they can’t wander off and foul unseen by the owners. Dogs off lead can pose a perceived threat or danger to dogs on lead as well.

“The vast majority of owners pick up after their dogs but sadly some don’t – this poses a serious health risk in areas well-used by all.”

The Council provides around 500 specific dog waste bins around the district but dog walkers can also use any litter bin or their own general household waste bin to dispose of dog waste. They can also be issued with a Fixed Penalty Notice of £75 for littering if they fail to dispose of bags of collected fouling in the correct manner.

More, regular patrols are planned at different times of day throughout the coming months.

SDC Environment Committee Chair Councillor Chloe Turner said: “The vast majority of dog owners know the rules and act responsibly but sadly some do not. Leaving dog faeces behind is unacceptable and dogs must be kept on leads in areas including canal towpaths, designated cycle tracks and specified footpaths used to reach schools and colleges.

“The canal towpaths and cycle track are well-used public facilities and the rules are there for the safety of all, and I was pleased to see our Animal Welfare Officers and Neighbourhood Wardens teaming up and getting such a positive response from the public.”