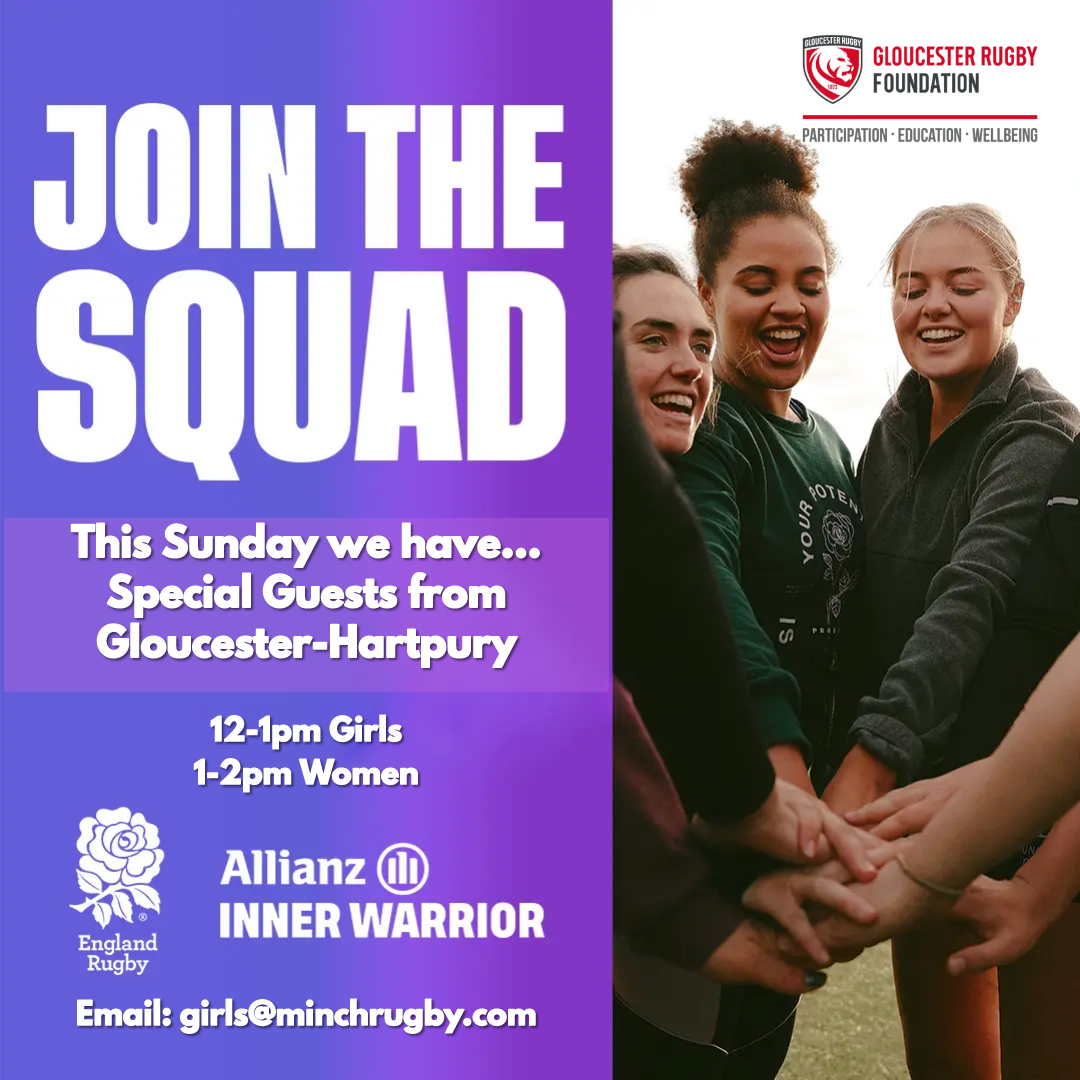 ENGLAND’S women’s rugby team are in the final of the Women’s Rugby World Cup in New Zealand and star centre Emily Scarratt has urged all those who watched the Red Roses to try their hand at rugby at Minchinhampton Rugby’s Warrior Camp on Sunday 13th 2022. 12-1pm.

England “Red Roses” are going into the final as favourites, despite opponents, “The Black Ferns”, thumping everyone en route. The match is being shown live on ITV 6.30am.

At elite level England are flying, and for those who might never have picked up a rugby ball themselves, Scarratt believes that the Warrior Camps are the perfect opportunity for budding rugby fans to give the sport a go.

“It’s brilliant, it’s been going for a few years now. I’ve been lucky enough, not recently, but over the previous years to get down to some camps and help out,” said Scarratt, who was speaking about the Allianz Inner Warrior campaign, which is England Rugby’s primary campaign to introduce women and girls to rugby for the first time, or to reintroduce them to the game after a break.

“Some of the stories you hear about people who take part are inspiring, from the young girl to the 40-year-old mum of three who had never played rugby before and everything in between.

“The reactions you get from those camps are amazing. I haven’t seen anyone who hasn’t had a brilliant day and didn’t want to go back. They’ve made friends and had a new appreciation for rugby. It’s a brilliant opportunity for people.”

The camp taking place at Minchinhampton RFC on 13th November is the ideal opportunity for those who want to get started in a sport, they may have never considered trying out.

“Take a friend, just go and give it a go. Rugby, especially in the girl’s game, is untapped in how much people enjoy it. The other thing with rugby is there are so many forms of it. If you don’t want to do the contact side of things, you can play touch or tag.

“Everyone thinks you just have to run into each other really hard but there is so much more to it than that. Sometimes it’s not until people experience it that they realise that and understand that. There’s a place for everybody.”