In pictures: restored barge launched in canal at Brimscombe 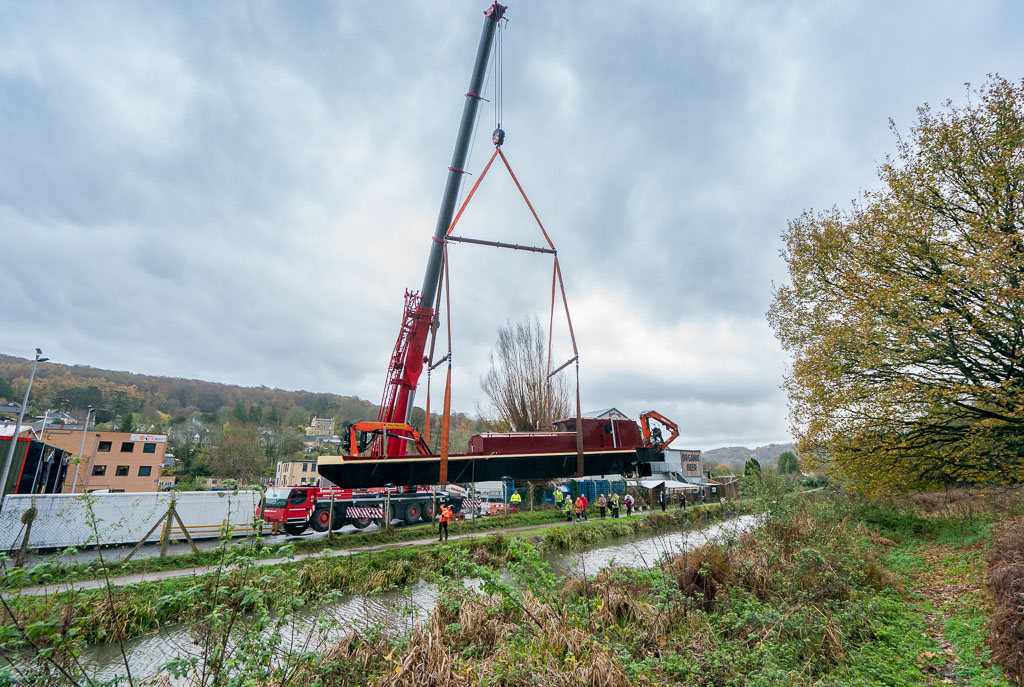 In torrential rain this afternoon a barge restored by Cotswold Canals Trust (CCT) volunteers was launched into the canal at Brimscombe, near Stroud Brewery.

The barge was bought earlier this year by CCT in Ely, Cambridgeshire, arriving in Stroud in April, and has undergone a full restoration at the Old Merchants Yard (Newland Homes development site) on Cheapside.

Heavy lifting specialists transported the barge from Cheapside to Tudor Rose’s truck park in Brimscombe, where the 20-tonne vessel was craned across the fence and into the canal.

The vessel was built in the 1960s and used for piling work in Cambridgeshire, at one point featuring in a TV programme with Selina Scott. The restoration was led by CCT volunteer Alan Jones and even involved a rebuild of its Lister diesel marine engine, manufactured nearby in Dursley.

Eight tonnes of new steel was cut and welded into the vessel, and two 11-tonne hydraulic cranes have been fitted, totalling around 1,800 volunteer hours of work. The vessel will initially be used for dredging the section of the canal at Brimscombe, along with piling and general cargo work.

Pictures and video by Matt Bigwood