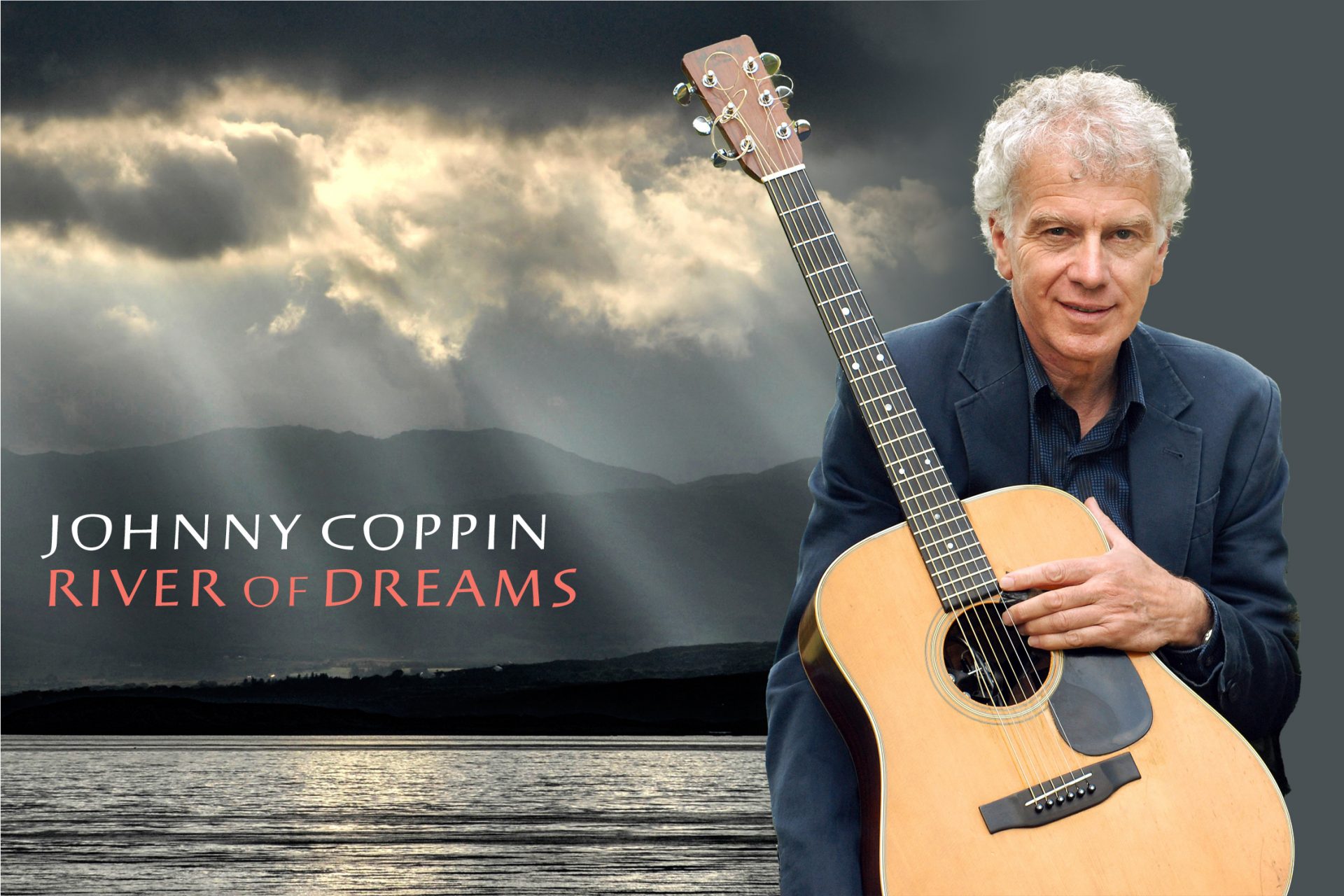 River of Dreams is the eagerly anticipated new studio album from Johnny Coppin.

Many of the original songs were written during lockdown over the past year or so, songs about legends, and about separation, ambition, fears and dreams.

They include The Bisley Boy about the young Elizabeth I dying when In Gloucestershire and being replaced by a local boy as there were no girls who looked like her! Bram Stoker was fascinated and wrote about this story. Song of The Severn about the River Severn, touching on the legend of Sabrina, the goddess of the river, and In The Heart of the War, which is a tribute to the men and women of the SOE (Special Operations Executive) working in France during World War II, many of whom gave their lives.

Johnny is a singer/songwriter who began his career as one of the founder
members of the folk band Decameron. As a solo artist, Johnny has gone on to
record over twelve albums including The Winding Stair, Borderland, Edge of Day with writer Laurie Lee, the 30 Songs compilation, and in 2020: Midwinter – Live in concert.

Playing guitar and piano, his music is always melodic and evocative.
For many years Johnny toured as a duo with Phil Beer (Show of Hands). He now works solo, and duos with fellow singer/songwriter Mike Silver, and with Paul Burgess, plus as a trio for an annual Christmas tour with Paul Burgess (ex-John Kirkpatrick Band) and Dik Cadbury (ex Steve Hackett, and Decameron).

Johnny has performed at many festivals, concert halls, and venues large and small. He has also performed tributes to the writer Laurie Lee. For over twenty years he presented an Acoustic Music programme on BBC Radio Gloucestershire and three other stations across the West.

Here’s the link to the River of Dreams page on Johnny’s website:

For a digital download or CD via Bandcamp – see

“I don’t believe he has ever sounded better, and River of Dreams should be well received by established fans and new listeners alike.” – Folk Radio UK

“The crystal-clear quality of Johnny’s singing, the outstanding songwriting and the polished productions in evidence on this album surely merit even greater recognition of this master craftsman” RnR Magazine

“I can think of none to surpass the lyrical beauty of

“Midwinter is a lovely example of good songs, good singers, great playing, and a warmly receptive audience coming together to create a flawless masterpiece of its kind. Highly recommended“  FATEA

“Up there with his finest albums, wade in and go with the flow” – Folking.com

For more information and the latest news, please visit www.johnnycoppin.co.uk