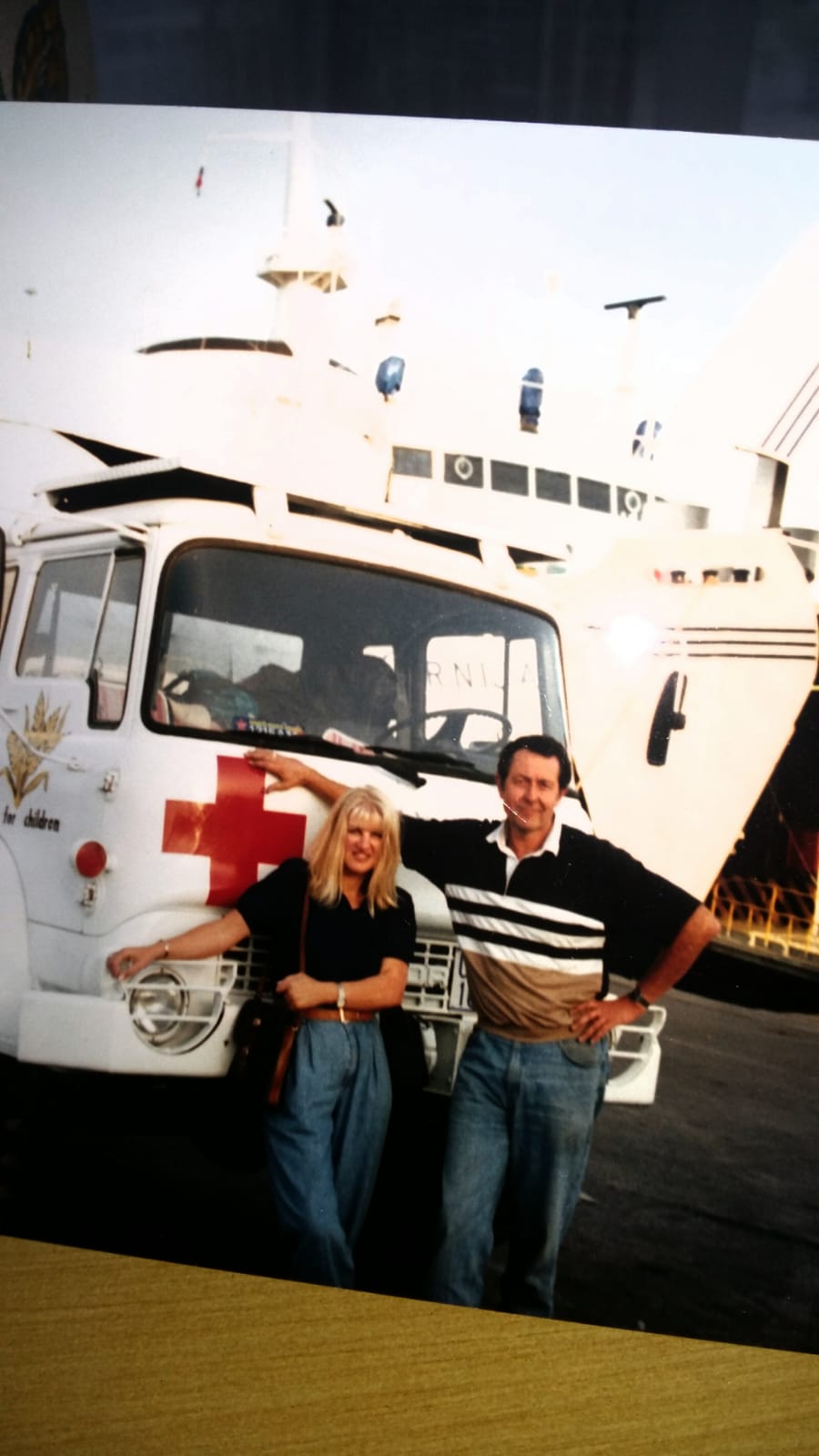 Nailsworth couple Tony and Amanda Raybone, who drove essential supplies to the former Yugoslavia for a children’s charity during the Bosnian War, are putting on a series of fundraising concerts for Ukraine.

Beginning on Friday, April 29 at St John’s Church, Slimbridge, 7.30pm, the concerts will take place throughout Gloucestershire, with all proceeds donated to DEC Ukraine.

Tony will be sponsoring the performances, which will feature Gloucestershire Police Male Voice Choir and guest soloists, and, in some churches, a Ukrainian Choir. All proceeds will go to the appeal.

Gloucestershire’s Police Male Voice Choir has performed all over the world, as well as extensively in the UK, including to members of the royal family.  Led by musical director Lucas Bailey and accompanist Dianne Martin, the repertoire encompasses classical pieces right through to modern day hits.

The Raybones are well known for their humanitarian and charity work. During the height of the Bosnian War, they drove to Split, defying shellfire to get generators and flak jackets to the Croatian city for the children’s charity War Child. Seeing the traumatic pictures of the war in Ukraine brought back sad memories, said Amanda. “I decided not to sit in front of the television every night crying but to do something about it.”

They are both ambassadors for Homes for Veterans run by national charity for the homeless, Alabaré. And, over many years, they have held dinners and concerts in Gloucestershire to raise awareness of veteran and military charities, such as Combat Stress.  In 2018, they organised Gloucestershire Salutes in Gloucester Cathedral to mark 100 years of the end of the First World War.

The Ukraine concerts, which will also celebrate the Queen’s Platinum Jubilee, continue with performances in St Peter’s Church, Gloucester, featuring a Ukrainian Choir; and St John the Baptist, Cirencester, in July.  Further performances are being arranged throughout the year.

‘We must say how delighted we have been with the enthusiasm and kindness from the Ukrainian Cathedral and the Ukrainian Embassy in London, which put us in touch with the Ukrainian community in Gloucester,’ Amanda says. ‘We are also very grateful to everyone in our Gloucestershire churches working so hard hosting these concerts.

For more details of the concerts, please contact the churches directly or buy tickets on the day.