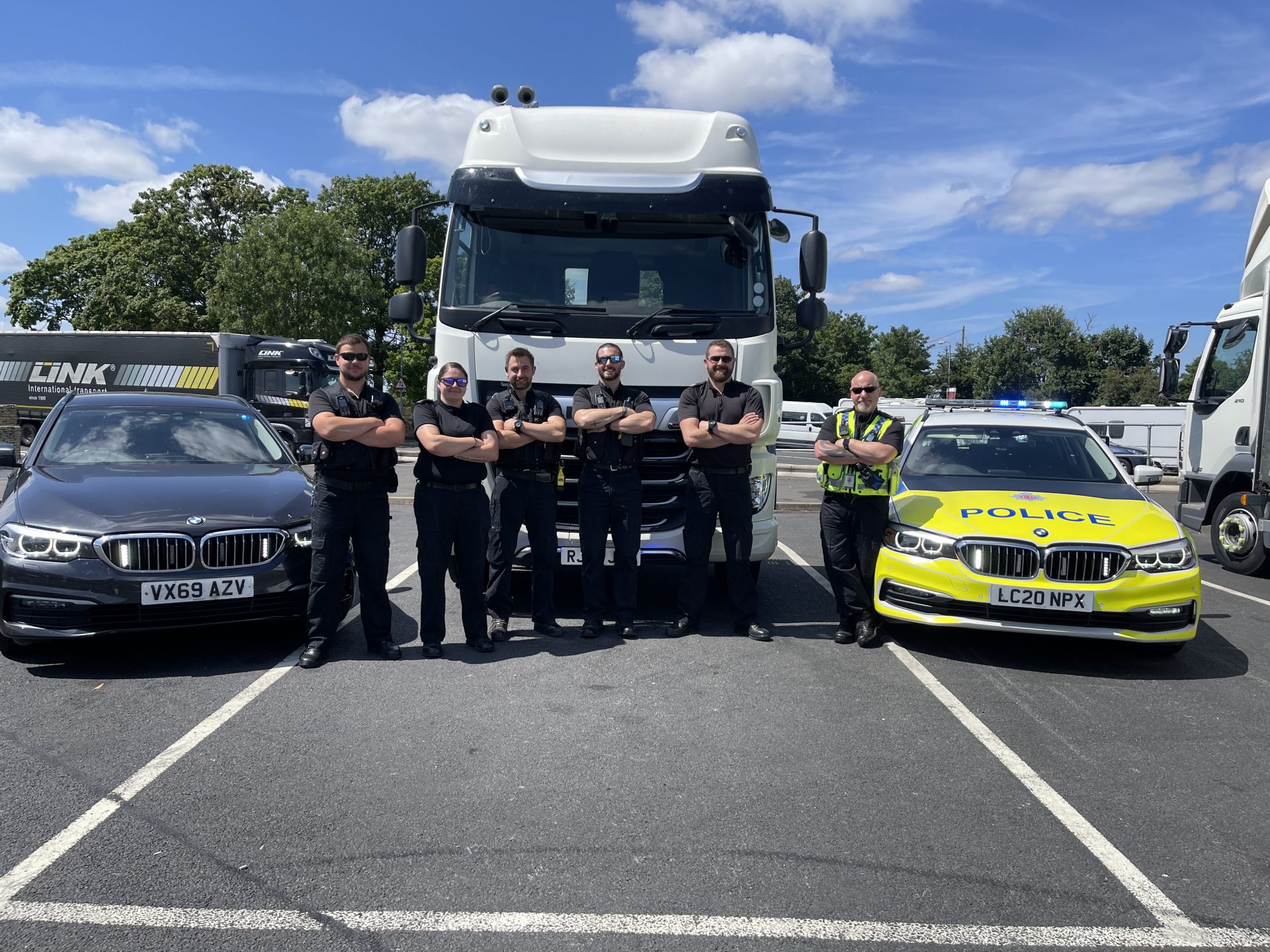 Gloucestershire Constabulary’s Roads Policing Unit were yet again observing those driving on the M5 as part of a joint operation with Highways England.

Operation Tramline saw an unmarked lorry cab being driven between junctions eight and 14 from July 12-14.

This allowed officers to secretly gather evidence of distractions such as using a mobile phone, not wearing a seatbelt or insecure loads.

The use of a mobile phone whilst driving is one of the ‘fatal four’ causes of road deaths and injury in the County along with inappropriate speed, not wearing a seat belt and drink/drug driving.

Officers who identified a driver committing an offence recorded video footage from the unmarked lorry before notifying officers in an accompanying car.

These officers then intercepted the offending vehicle, pulling it over and dealing with the driver.

A total of 23 drivers were stopped for offences which included driving whilst using a mobile phone, not being in proper control of a vehicle and having insecure loads.

12 drivers were stopped for using their mobile phone, three for not being in proper control of a vehicle, six for construction and load related offences and two for having no insurance.

The drivers who were stopped were issued with tickets or given warnings/words of advice about their actions. One motorist had their vehicle seized as it wasn’t insured.

PC Neveu from the Roads Policing Unit said: “Operation Tramline allowed us to identify and deal with road traffic offences which had a focus on HGV drivers as part of Commercial Vehicle Week.

“It’s another string to the bow of the Roads Policing Unit which allows us to use slightly different tactics to make sure that our motorway network is as safe as it can be.”

The operation was introduced to crack down on offenders who continue to break the law and to help decrease the number of people killed or seriously injured on the Highways England road network (motorways and major trunk roads).

Commercial Vehicle Week took place last week (18 to 24 July) and is a nationwide enforcement campaign which focuses on vehicles used for businesses and trades with the ultimate aim of making roads safer.

To find out more about the penalties of using your phone whilst driving please visit: https://www.gov.uk/using-mobile-phones-when-driving-the-law

More information on Operation Tramline can be found here: https://assets.highwaysengland.co.uk/Commercial+Vehicles/Operation+tramline+leaflet.pdf