The early bird gets the wool 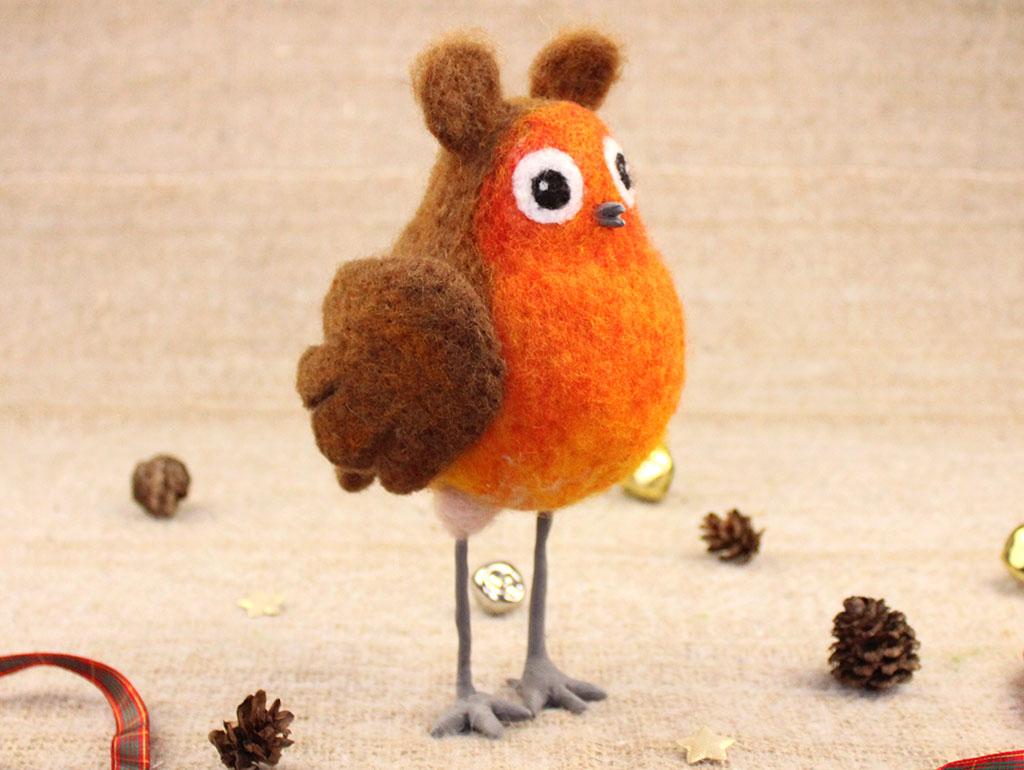 Robin Robin is the Bristol-based studio’s first collaboration with Netflix and was nominated for an Oscar for this year’s Best Animated Short Film. The film’s characters are created using the softer look of felted wool instead of the studio’s traditional modelling clay, and as a result this craft-based film made for a perfect pairing with The Makerss, whose innovative range of needle felting kits, materials and tools enjoyed huge growth as people discovered the joys of crafting during the pandemic.

The Makerss’ values are based on ethical sourcing of products, and putting people, the environment and animal welfare first.  These values guide the business’s development and has contributed to its success since 2015. The company believes that everyone is creative and can craft.

When her egg fortuitously rolls into a rubbish dump, Robin is raised by a loving family of mice.  As she grows up, her differences become more apparent. Robin sets off on the heist to end all heists to prove to her family that she can be a really good mouse – but ends up discovering who she really is.

“In line with our commitment to make needle felting and other crafts accessible to everybody, the new Robin Robin kit contains everything you need to make your very own cheeky Robin Robin, including her trademark fluffy ears” said Steffi Stern, Owner/Director at The Makerss.

“It is suitable for beginners and is sure to get a whole new audience hooked on the joys of needle felting”.

Priced at £28 and available to purchase from www.themakerss.co.uk, the new Robin Robin kit is on sale now.