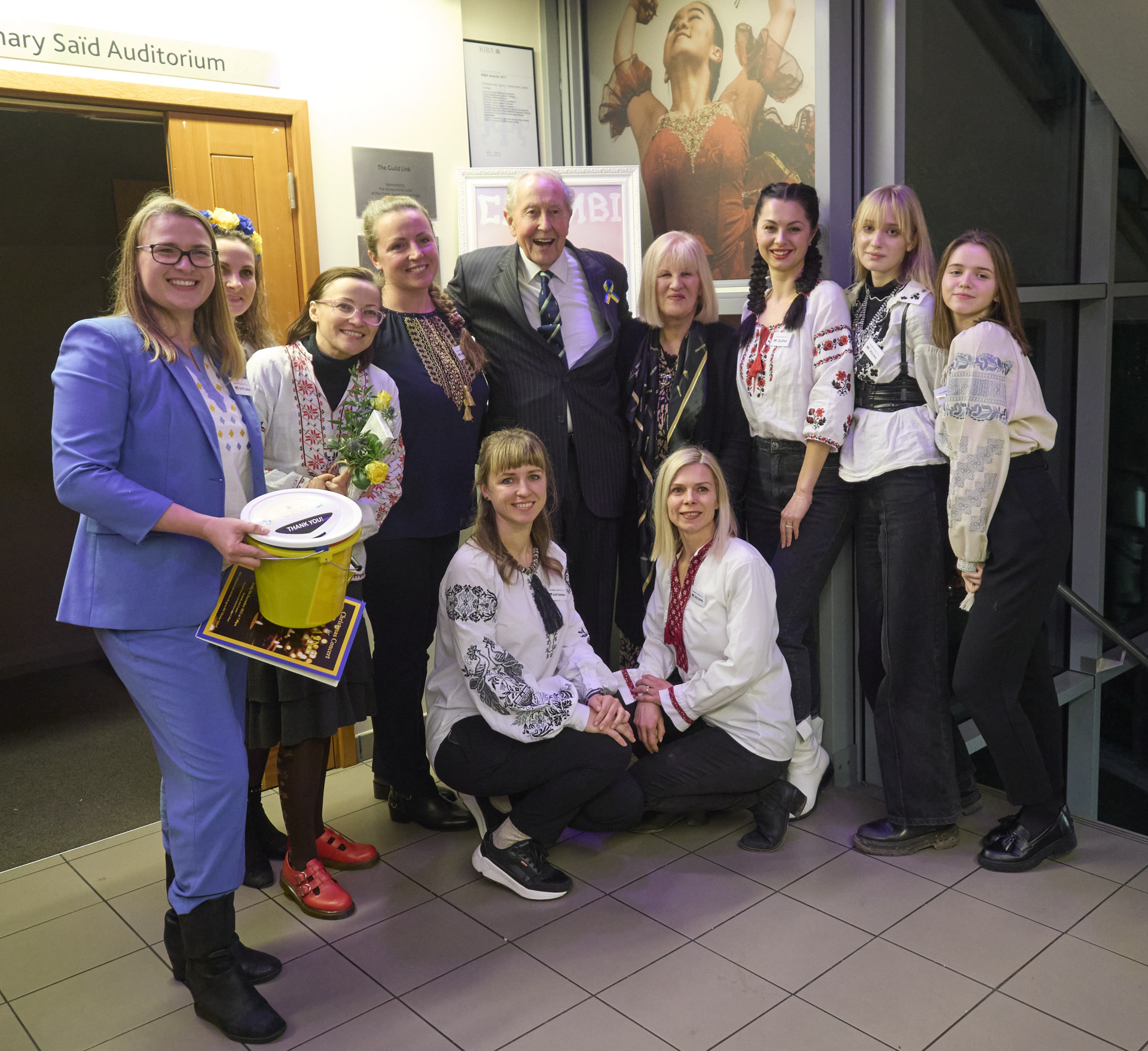 A sold-out concert in Cheltenham – organised by a couple from Nailsworth – has raised a staggering £10,000 for Ukraine.

More than 400 people attended the star-studded event, which included an address by Cheltenham MP Alex Chalk, Minister of State in the Defence Department; he concluded his address by speaking in Ukrainian. There was also an exhibition of images by war photographer and writer Adam Dobby, a former SAS member with wide experience in conflict zones.

The audience loudly applauded a letter written especially by Dame Joanna Lumley. Explaining that she was away filming in Jordan, the actress and activist urged people not to think the horrific events in Ukraine were taking place in a different universe. “We are all part of the same family; and just as we would immediately reach out to help someone crying in the street, please let us open our hearts and hands to our brothers and sisters who are going through the grimmest and cruellest times of their lives, in our world, in our time, today,” she urged.

“‘It was an absolutely wonderful night,” Amanda said. “We had fabulous food prepared for us by expert Ukrainian bakers, many of them in national dress. There was such a feeling of camaraderie.”

Works by Gloucestershire composers Hubert Parry and Gustav Holst were amongst those performed, conducted by Jonathan Trim; and a short film made by Amanda, Ukraine – My Land – was shown.

“The evening ended, as we wanted, with a feeling of hope as everyone got to their feet to sing a ‘last night of the Proms’ finale,” Amanda said.

“Tony and I organise these events not just to raise money, but to raise awareness, too: war-fatigue can easily set in.’

The event was hosted by Cheltenham Ladies’ College in its Parabola Arts Centre; and all proceeds went directly to DEC Ukraine Appeal.

“We are very grateful to Dame Joanna Lumley, who has supported us for many years, as too has the United States Veterans’ Department in Washington. I am sure that Ukraine will need help for a long time to come, sadly,’ Amanda added.

“We need to continue our support, as well as to count our own blessings.”