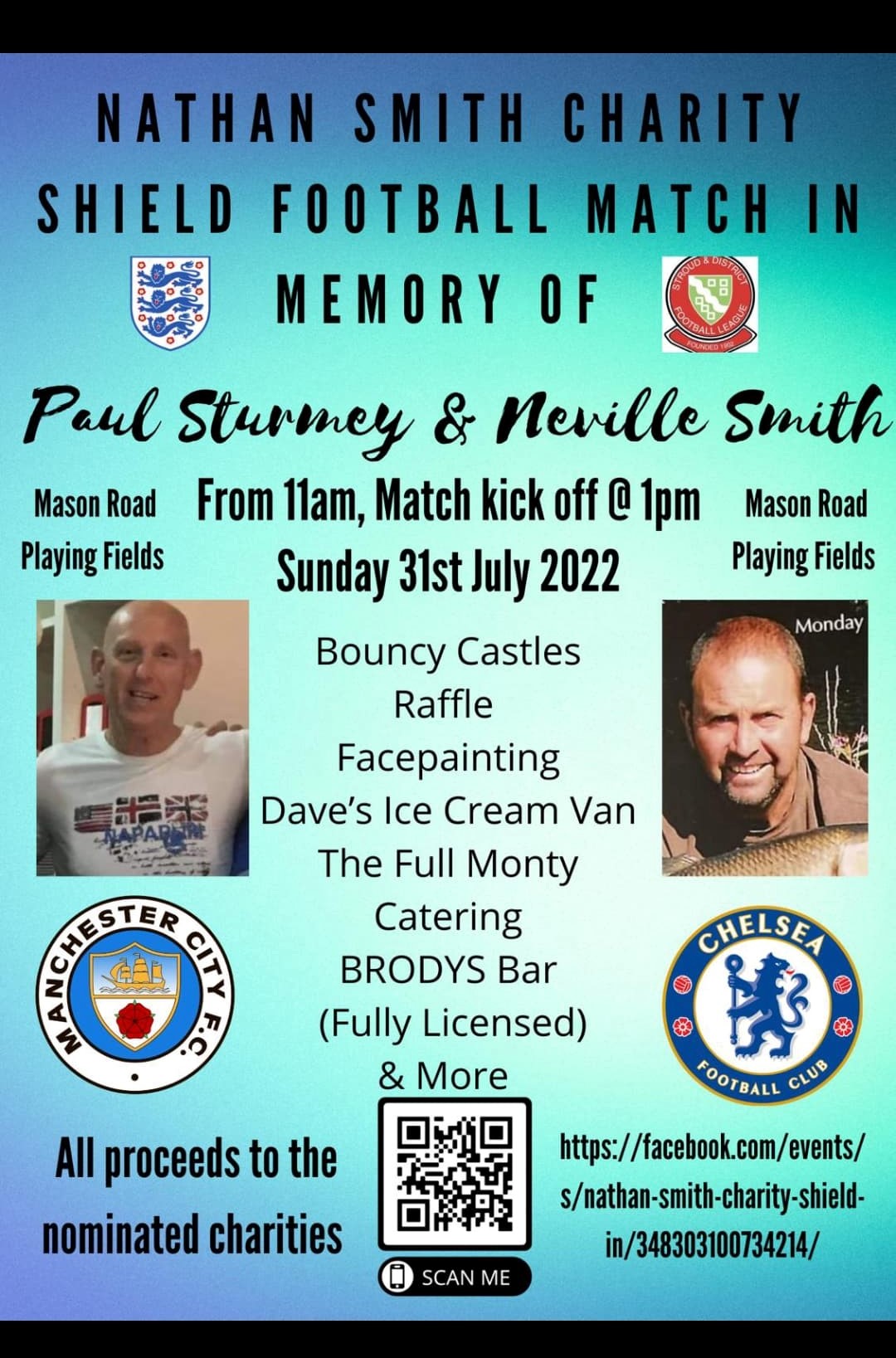 The Nathan Smith Charity Shield football match will take place on Sunday in memory of Paul Sturmey and Nev Smith.

The charity event starts at 11 am with the Sturmey and Smith game getting underway at 1 pm at Mason Road Playing Fields.

All proceeds raised will go to Prostate Cancer Charity and youth football.

Organiser Martyn Edwards said: “Paul (Sturmey) passed away last year from prostate cancer. He was a well-known person in the football community from playing in the Stroud League and the game will be played on the pitch he used to play on.”

Nathan Smith passed away a decade ago, but his memory shines bright.

Edwards added: “We hold matches every year for him with games at Forest Green and Slimbridge and various other events. Nathan was close to his dad Nev, who died 18 months ago from Covid. Nathan was my cousin and Nev was my uncle, so we wanted to remember all three of them.”

A bar will be on-site with plenty of fun for all the family, including bouncy castles, face painting an ice cream van, and much more.