Flushback: when there were loos beneath the Four Clocks 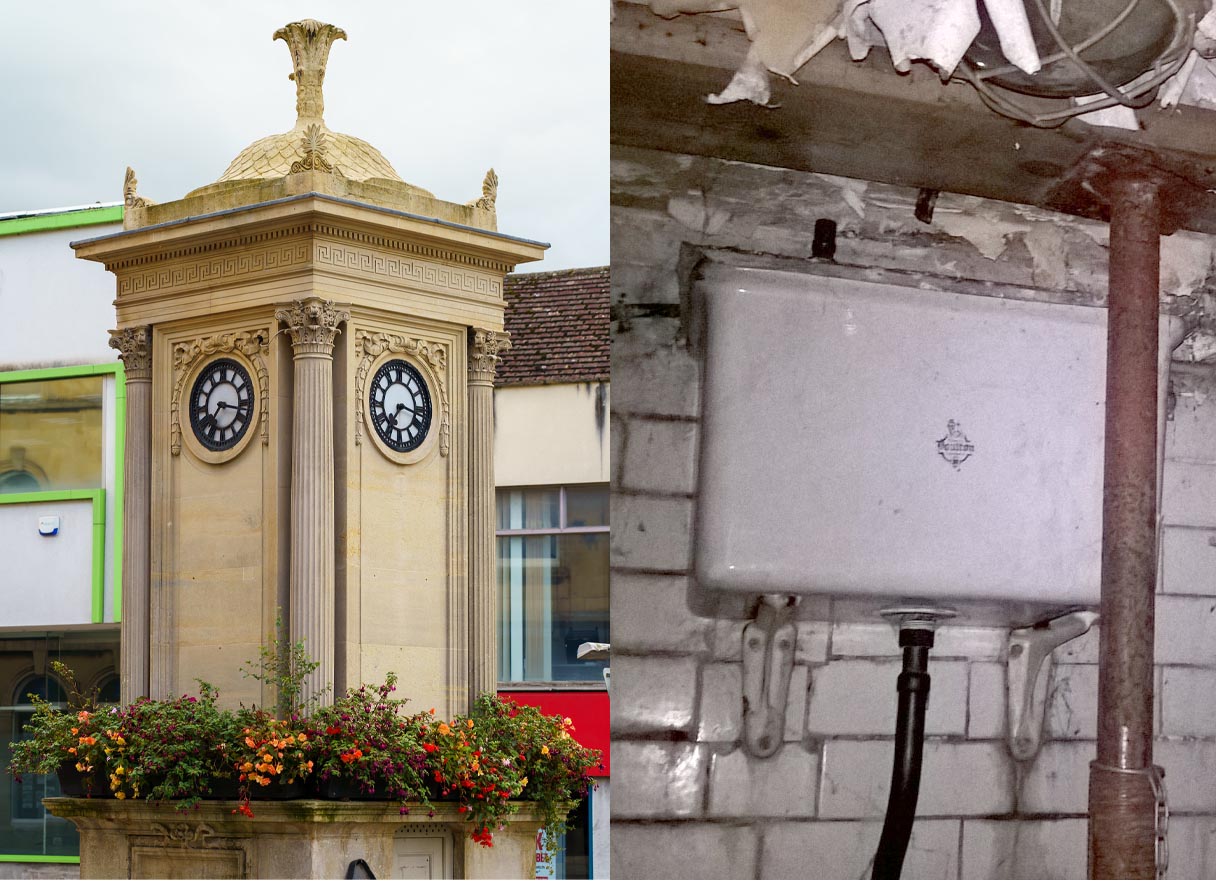 Did you know Stroud once boasted an underground toilet underneath the iconic Four Clocks?

The Sims’ Clock, to be known by its correct name, was erected on top of the public toilets at the junction of Russell, George and Kendrick Streets and London Road in 1917.

Adrian Stratton, who sent these images to Stroud Times, said: “These photos were taken back in 2016 when there was a safety inspection for Stroud Town Council. I got them and became interested in the hidden underground parts of Stroud.

“There are many long-forgotten parts of Stroud hidden under the ground that I was going to photograph but due to the last couple of years I didn’t get around to it.”

Adrian, a retired police detective, is now keen to explore the other underground gems. He added: “Under Kendrick Street, there are several rooms/basements, which you wouldn’t expect and the rest are rumours – such as the toilets and bomb shelter under the front of the Sub Rooms, which are filled in, but there was access via the basement and corridor and might still be there. There are a lot of other places in the town centre, but mostly are rumours so I’m planning on finding out the truth.”

The clock is named after William Thomas Sims, who left a bequest of £1,000 in 1917 to build a town clock in Stroud.