In pictures: Reclaim the Night march 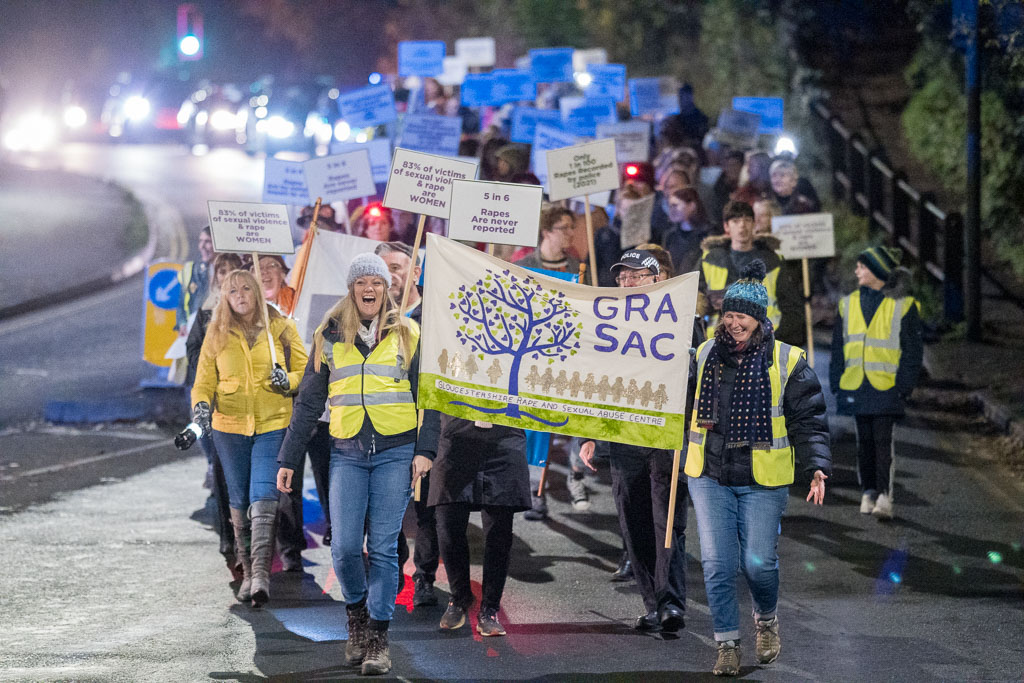 Hundreds joined a Reclaim the Night march through Stroud this evening, organised by Gloucestershire Rape and Sexual Abuse Centre (GRASAC).

People carrying torches and glow sticks took part in the hour-long protest that saw them march along Stratford Road, up Gloucester Street and High Street and eventually returning via Merrywalks.

Organiser Magdalena Gulcz-Hayward, Service Manager with GRASAC, told Stroud Times: “I feel the event went well; we have been organising Reclaim the Night marches for the last eight years, however for us it is always ‘bitter-sweet’ because on one hand we are so grateful for the support we receive from people – so many women turned up today to support us and to participate – but the ‘bitter’ comes from the fact we still have to do it.

“That we have to march and be visible to show/say that enough is enough, that women deserve more they deserve to live life free from sexual violence, sexual harassment and abuse.”

Reclaim the Night marches started in the 1970s and became more significant when Peter Sutcliffe, the Yorkshire Ripper, murdered women in and around Leeds.

At the time police advised women to not go out at night; this only encouraged women to unite, campaign and reclaim the streets for all women. They organised marches and walked through the city streets to highlight that women should be able to walk at night without fear or risk of harassment and sexual violence.

GRASAC offers free, confidential and non-judgemental support to people who have experienced any form of sexual violence at any time in their lives. GRASAC’s office number is: 01452 305421.

Scroll through our gallery of pictures below: