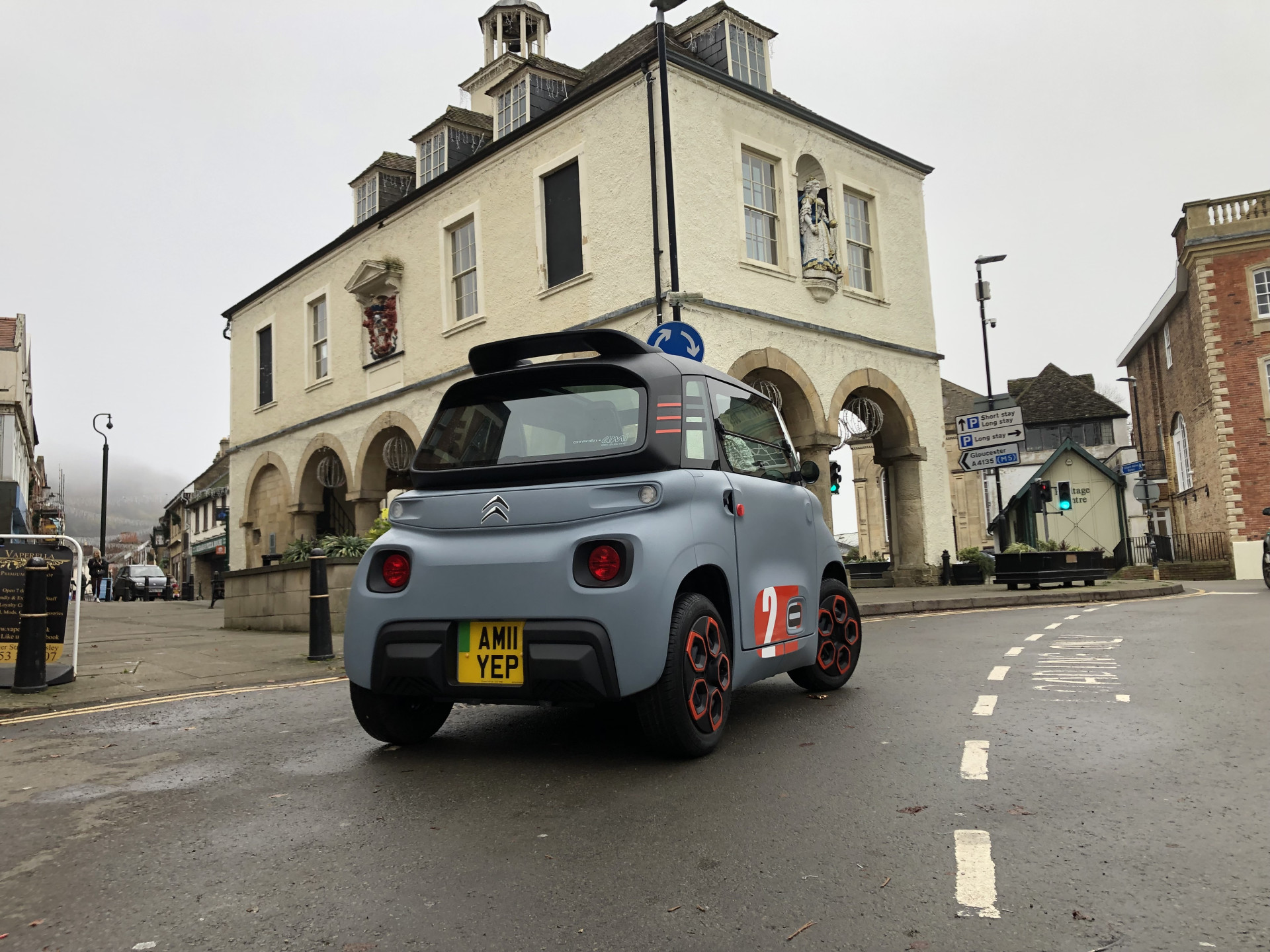 You might take one look at this car and dismiss it as aspirational Tupperware. But you’d be wrong. First of all, it’s not a car, so stop laughing.

No, Citroën’s new Ami is an electric quadricycle, so in theory it glides below the anti-car radar that we all, like it or not, have to accept if we’re going to move on from our addiction to fossil fuel and not deliver the planet to our descendents like a dropkicked delivery from Amazon.

Quadricycles are not bound by the same licensing laws as we have for full-blown automobiles; in some countries, your emotionally rounded 14-year-old can take the keys and breeze off to on highway (good luck with that) while here in the UK you could drive it from your sixteenth birthday, providing you’ve got the AM class indicated on your licence (which means passing the motorbike theory test, having the CBT paperwork and passing the two-module motorbike practical. In France, a quadricycle is viewed with a nudge and a wink as it’s a four-wheeled loophole to enable recidivist bon viveurs to continue driving after Monsieur Plod has successfully had them banned.

Not that they wouldn’t be sobered by some of the Ami’s driving characteristics. Citroën UK, now selling the Ami directly, has started allowing journalists like me to trial this car (sorry, I’m going to have difficulty with the Q word) but before I even touched it, a friend who edits news pages in the north forewarned me that their test revealed a Yorkshire incline nobbled the performance down to 8mph, which is possibly slower than the speed at which prospective buyers might run away from the dealership.

Not to be deterred, when my tester arrived I called my petrolhead mate, who we’ll call Sean (as that’s his name) and asked him if he’d like to go out for an interesting lunch. Sean drives a guzzling classic Merc and recently bought a new Golf, it, too, being petrol. So a tough audience. For our journey I got little sense out of him. He was too busy laughing. However, as we headed out of Wotton-under-Edge towards Dursley, pitching men and machine against a grindingly epic climb near Stinchcombe, I sensed the tone of his laughter edging increasingly towards hysteria. Thankfully, the lorry driver behind us was not in a hurry so a spell at 11mph didn’t peeve him so much as to iron us out of his way. But like Spielberg’s lorry movie, Duel, it did leave me feeling slightly anxious about the Ami’s match fitness as a rural runabout.

Nevertheless, this is the kind of transport solution we ought to embrace. Don’t trust me, just ask your local council. As I’m sure you’ll know, in its Sustainable Transport Strategy Document of November 2019, Stroud District Council recognised how 86 per cent of us, as households, own at least one car – a habit we ideally should wean ourselves off. In fact, as a high-five of shame, Stroudies are in the top 25 authorities in the country to boast households with three cars or more. If fossil-driven cars are our meat, perhaps the vegan option of an Ami help to change our diet?

I certainly had time to digest while driving up some of the district’s steeper angles. Around Stroud, 75 per cent of us need a car to get to and from work, and most of those journeys are pretty short, so the question is whether this is an ami-cable (sorry) option. The answer, I suspect, will come down to your willingness to compromise…

First up, range anxiety. Despite being Britain’s littlest EV, the perennial EV issue is going to hang over you the Ami a personal cloud if – and I stress if – you plan travelling further afield. In fact, the range is 46 miles. So a meander from Nailsworth to Cheltenham and back is going to batter your battery and most possibly turn your knuckles white. Back home, you can fully recharge from a three-pin plus (once you’ve fitted the standard adapter) in three hours. Got spare fingernails? Chew and spit out of the window; any weight loss helps.

Some may take issue with power. At 28mph and officially no more, the Ami is a speed camera’s nightmare; Citroen would recommend you consider carefully whether a life on the A46 is practicable. Downhill, and with a fair wind, I achieved 35mph, but the aforementioned wilting of horsepower at the merest hint of an incline does mitigate against throwing caution to the wind.

And then there is the issue of, as Harold Macmillan said, events. For the heart of this feature I planned a lap of honour around Stroud’s main photo-opp gems, studded with quotes from delighted onlookers keen to celebrate the dawn of the small-car revolution. Instead, I found myself in the workshop of the nearest Citroen dealers, AE Wilcox and Son, in Wickwar. And I only just made it there.

Having set the app timer and wired up the Ami for an overnight lower-cost kWh boost, nothing happened: I turned the key and found the batteries were near empty. And no attempt to get the car to talk to my PodPoint home charger, or an alternative three-pin-to-car lead, or even an extension lead for a trickle supply, would work. In desperation, I calculated I had, just enough range to reach the dealership, but only just. In fact, in a journey there was more the stuff of Apollo 13 than a pleasant country drive, the Ami switching into limp mode and climbing the final mile to its maker at a highly stressful 5mph. The dealership told me that, having taken one look at the Ami and another out of the window, they’d decided it wouldn’t sell in the Cotswolds and turned it down as an option. Reluctantly, I can see why.

But for all its classic French eccentricity and Tonka-meets-Lego flair, I still love this ‘car’. We’re moving into an age when less is going to have to mean more and an iteration of this model, retaining a top speed shy of 30mph but offering enough torque to not confine it to Holland, would really be something. Over to you, Citroën?

Here’s what you get

Citroën’s Ami range kicks off at £7,695 with the entry-level model, simply named ‘Ami’. This can be leased for as little as £19.99 over 24 months, with a £2,369.45 deposit. All options are left-hand drive only. As standard: LED lights, non-opening sunroof, a digital speedometer and USB port. Airbags, power steering, ABS, radio, rear-view mirror and interior light and full-beam lights are not available. Three colour packs – orange, blue and grey – are available for £400, and are designed to be fitted at home. Model tested here: Pop (with orange detailing), £8,495, includes rear ‘chin’ spoiler (think ironic, rather than dynamic). Range: 46 miles. 100% recharge time: three hours. Dimensions: 241cm long, 129cm wide, 125cm high. Health warning: as a quadricycle, the Ami is not subject to the same minimum safety standards required for passenger cars.