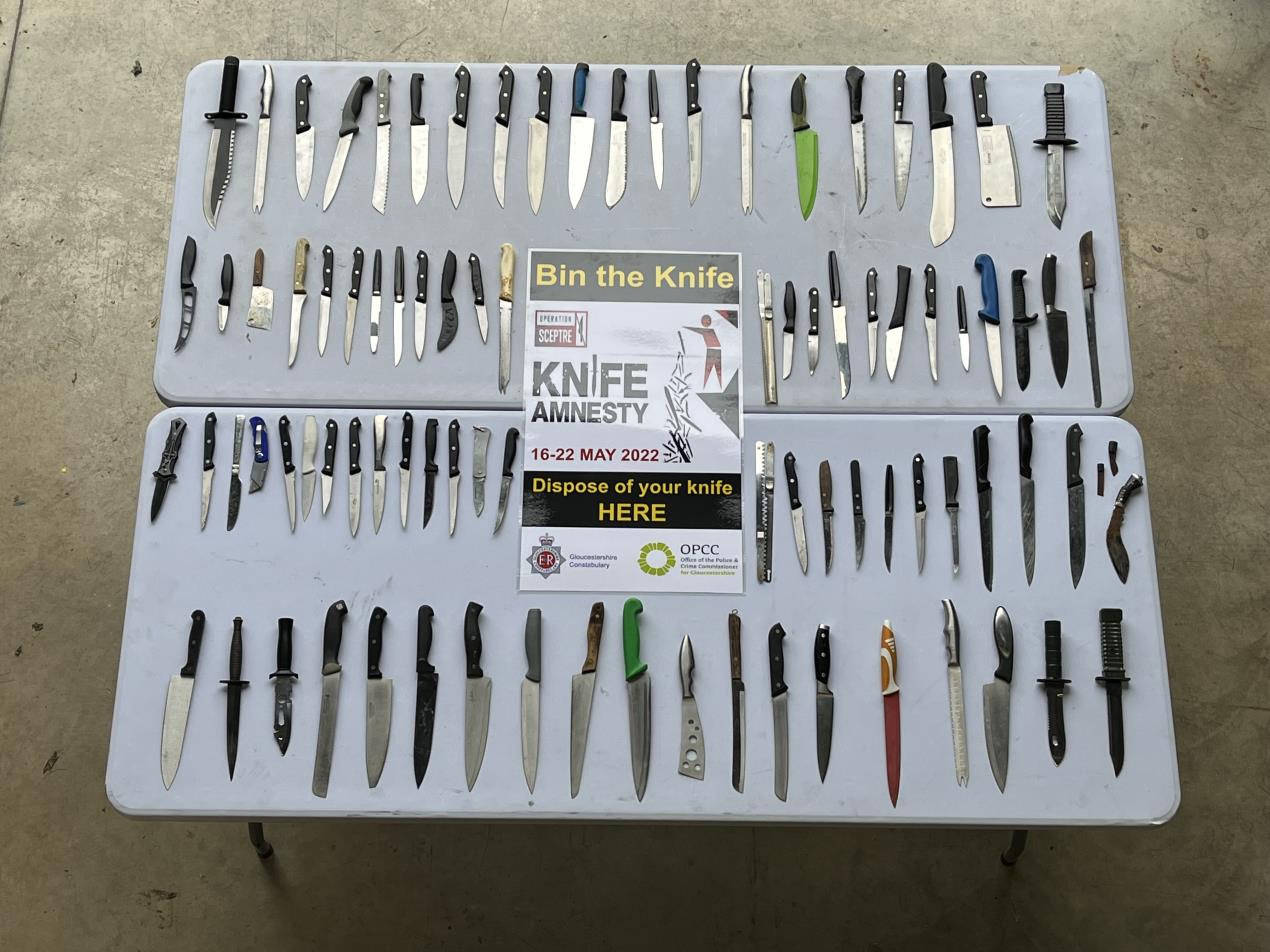 A knife amnesty in Gloucestershire earlier this month has seen almost 100 bladed items being handed into police over the space of a week.

Five dedicated amnesty bins that were located at police stations across the county have been taken to our operations base and opened.

The knife bins were located in Stroud, Bearlands, Cirencester, Coleford and Hester’s Way.

A total of 92 bladed items, including machetes, combat and hunting knives, and cleavers, were handed over.

Officers also visited schools and community groups to talk to young people and residents about the dangers of carrying knives.

Test purchases were made at 30 shops across the county to ensure that staff were abiding by rules around the sale of knives. Eight shops failed and have been given written warnings.

Six people were arrested for knife-related offences during the week.

Superintendent Jane Probert said: “I’d like to thank the public for their support during this campaign.

“Knife crime continues to be a concern for many people across our communities. Every one that we take off the street is one that will no longer cause any potential harm.

“However, our work is not over and there is much more that we will be doing over the coming weeks and months to tackle this issue.

“We are having positive conversations with members of our communities about their concerns and our work with schools and youth organisations is continuing to engage with children about the terrible consequences of knife crime.

“We will continue to work hard to prevent violent crimes in Gloucestershire.”

All the weapons handed in will now be destroyed.

The amnesty was part of a national campaign called Op Sceptre, aimed at tackling knife crime.