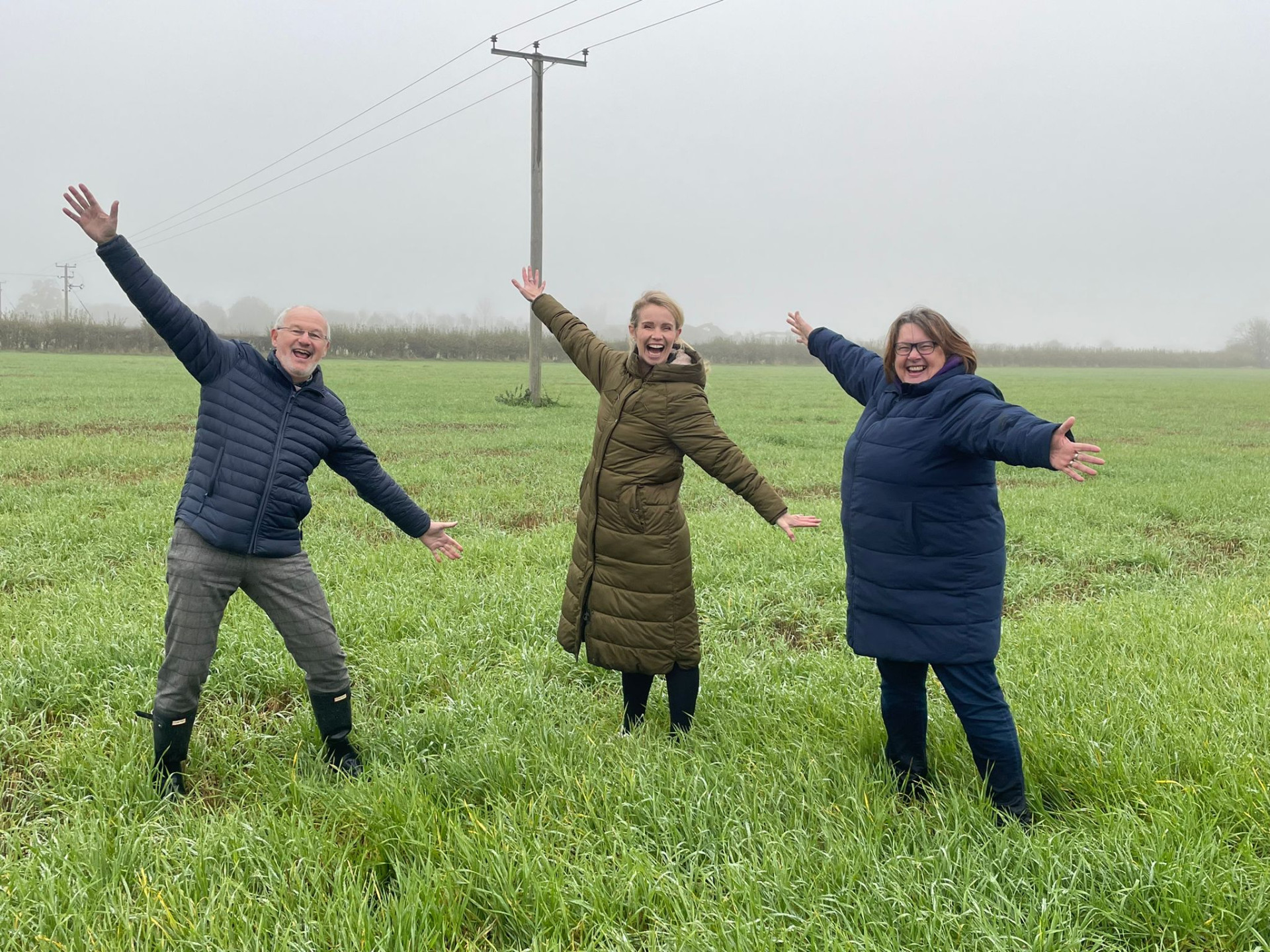 Stroud MP Siobhan Baillie has visited the site of the new proposed Rush Skatepark to discuss how the project is developing.

Ms Baillie met councillor Stephen Davies and Debbie Bird from the charity Rush Sports Community Trust at the proposed the 16-acre proposed site off the A38, at Putloe near Moreton Valence, close to Junction 13 of the M5

She received an update about the proposals and the work required for a planning application next year.

Ms Baillie has been a supporter of a new Rush Skatepark and argued against it closing in 2021. This latest meeting follows one she arranged between the local Rush team and Sport England earlier this year.

Fundraising is continuing, and councillor Davies has come forward with £12,000 from his Build Back Better fund to help wit the initial plans

“It was exciting to see the site and as I love the charity’s vision to bring back Rush skatepark for our young people,” said Ms Baillie.

“We will need to keep fundraising and Stephen backing the scheme with his fund from Gloucestershire County Council has been invaluable.

“I will keep working on this project with local stakeholders and the community trust as it is exciting for Stroud.

“But I also want to be able to show the young people who are still devastated that Rush was closed by the council that we haven’t forgotten them. We want Rush to come back bigger and better as per the founders’ ambitions.”

Stephen Davies added: “I am pleased to have been able to use my “Build back Better” fund to support the Rush Project, particularly in this critical early stage of this exciting Project to re-open the Rush facility on a new site.”

Debbie Bird, a Rush Trustee said: “It was great to show Siobhan the fields where we hope to build the new Rush Skatepark and to put the vision into words for her. It is very positive to have Siobhan’s encouragement and practical support.”