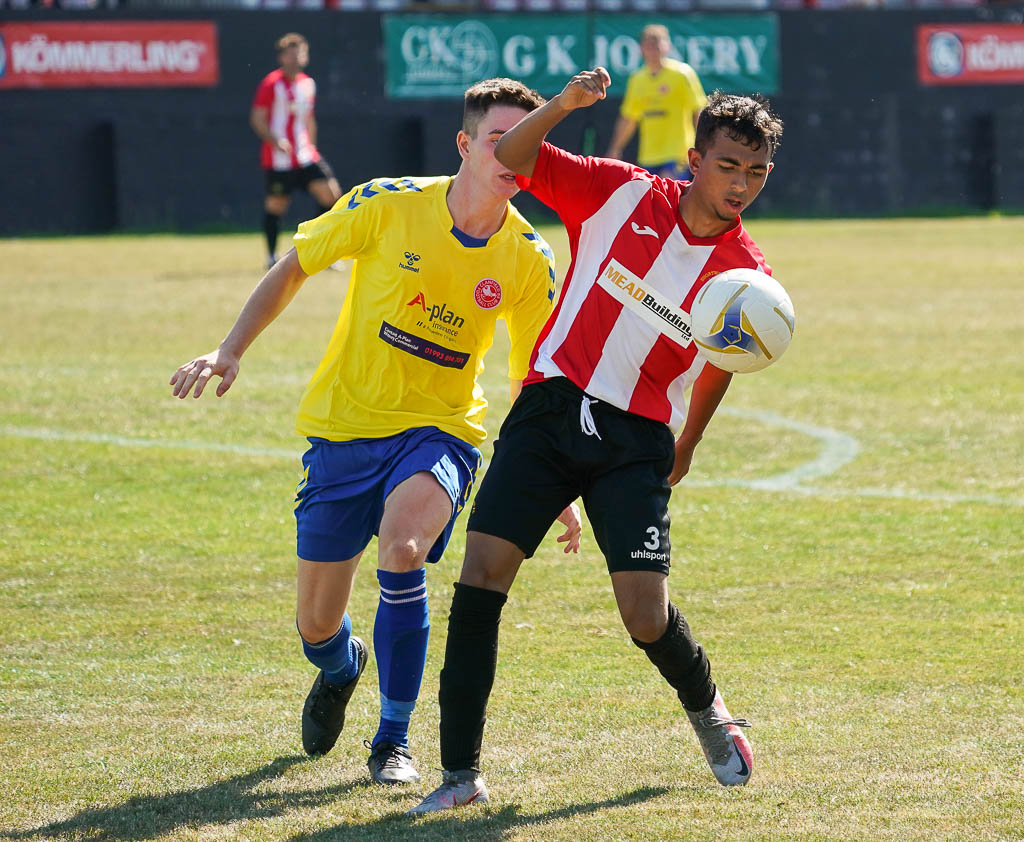 SHORTWOOD’S unbeaten run came to an end in the most disappointing way when they went out of the FA Vase at the first hurdle at Meadowbank on Saturday, writes Jim Cunneen.

Barely three minutes had gone when Mills beat Muir but Tryner somehow managed to clear the ball off the line. Bowes headed a chance over and Earle shot wide.

Wood, for all their possession, made little headway and Calne scored the goal they deserved just before the break. Josh Bright sending an excellent half volley across Muir and into the corner.

Wood lost Earle at halftime with a knock and in the opening minute, Bright sent a strong shot straight at Muir.

The game became dour with Calne content to sit back and allow Wood possession. After 78 minutes Bright rattled the Wood goal frame.

With 3 minutes to go Fogg sent in a free kick, Bowes headed the ball back across goal but Tosdevine headed straight into the arms of Cardus.

With 90+4 on the clock Wood’s fate was sealed. Will Fowler latched on to a free kick to shoot past Muir and seal Calne’s win.