Stand up, stand up for the beautiful South 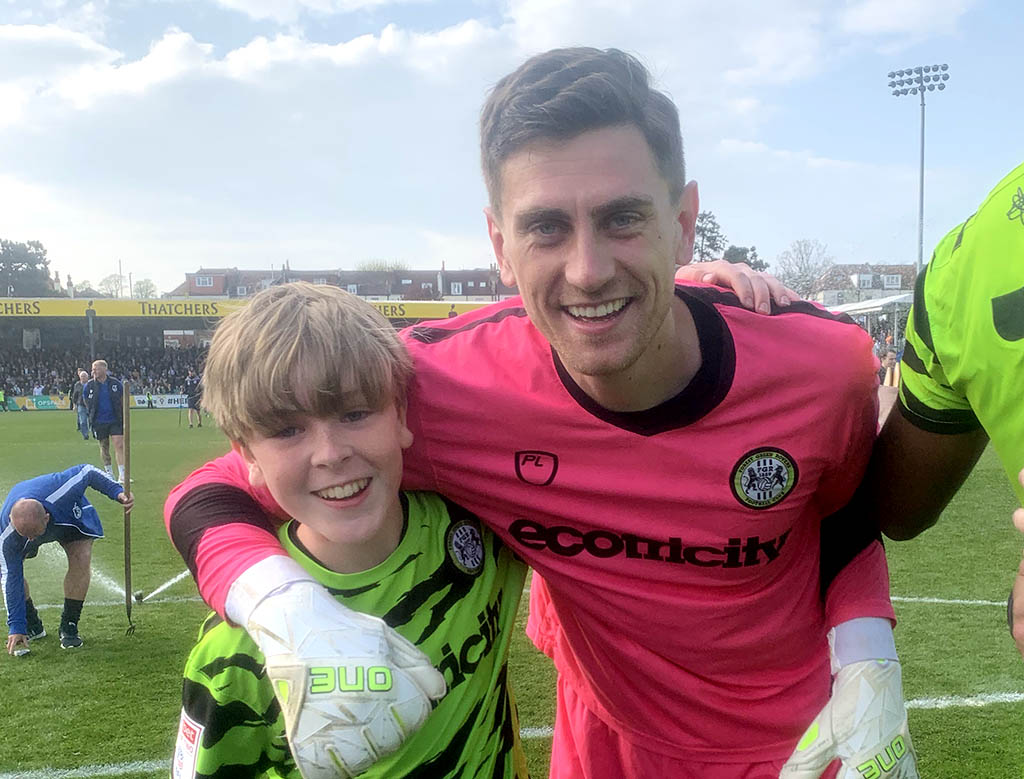 I never planned to enlist in the Green Army. In fact, I was a conscript. One damp day last August, my son Rupert, then 11, somehow convinced me it might be interesting to go and watch our local team.

This was Forest Green Rovers’ first clash, against League Two debutants Sutton United. Sutton looked capable but their cruel initiation came with a last-minute reality check from the forehead of midfielder Ebou Adams – a player who, as things progressed, even I perceived as a pivotal cog in FGR’s steady and seemingly unstoppable march to where the team is today.

I say even me because, in all fairness, I’m the last journalist our editor and BBC football pundit Ash Loveridge might have roped in for an authoritative FGR report. In my flesh, I carry a muscle memory of clammy hours spent on the school pitch where, despite the rollicking of PE teachers, I was never more than the last-picked loser. As a student, I lived in the shadow of Millwall, where a Saturday-afternoon venture beyond New Cross’s boarded-up shops meant walking in the brace position. Briskly.

Still, that was then, and the entire point of having children is to teach you, by various inventive means, that everything you know about yourself is wrong.

For this season’s early home games, we loitered in the North Stand, an area reserved for families, community teams and, I suspected, a holding zone for football agnostics who misread their sat navs in the search for a car boot sale. Perhaps a little disengaged by the optical compression that comes with viewing the length of the pitch through a goal net, we eventually committed to the Candriam stand, the main gig at the New Lawn. A slightly pricier ticket here buys you a bird’s eye seat. It’s arguably akin to the dimensional joy of Easyjetting, but the drama of the match is easier to unpack. And you also get a better eye and earful of the South Stand.

Ah, yes, the South Stand. From the north end, I might have clutched my figurative pearls and wondered if this was the lair of the Nailsworth chapter of the Fraggle Rock Appreciation Society; up here, in the main stand, we could discern in more detail some of the unexpurgated chants coming from supporters, some of which may be, perhaps, not quite certified for consumption by minors. But there was no mistaking it: from the pulsating terrace across the way, the 200 or so fans who bellowed, booed and cheered through every touch of the ball, punctuated by the brilliant Jack Hopkins at the stand’s huge drum, set the pulse for every moment on the pitch. It was a flame and, before we could realise, we were moths: we had to dive into life in the South Stand. Or that’s what my son insisted.

We booked our first match there in late November, ready to see FGR, hopefully, not give Bristol Rovers the slightest whiff of an early Christmas present. Jamille Matt, who alongside Matty Stevens was by now so popular with opposing players that they needed to cuddle him at every opportunity, nevertheless delivered two goals to seal the deal. Better still, striker Josh March, brought on in minute 96, detoured from the changing room to give my son his shirt, a garment so sacred that our electricity and water consumption has been markedly reduced.

The rest of our personal FGR journey is history. In short, we were spoilt by a succession of stellar performances that when Forest Green’s infamous ‘wobble’ period struck, earlier this spring, we took it hard. Only then did we realise that such is the intense synergy between the South Stand and the vicissitudes of the team itself that the joy of the highs will only be savoured if you open wide to the gut punch of the lows.

Put another way, the intensity of keeper Luke McGee’s athleticism, perhaps best envisaged, if you haven’t known it up close, as a frog escaping a liquidiser, can be known only at its full glory when you’ve flinched at the obscenity of the visiting team’s ball violating our net. No pain, no paradise.

So, both in the South Stand and away, 2021-22 has been a hell filling, packed neatly between two thick slices of heaven. Last Saturday, we headed to Bristol’s Memorial Stadium knowing the P word was just in reach, our stomachs too knotted to spell it out. Swept up into the euphoria of the final whistle, I had no choice but to chase my son who, like soap down a plughole, disappeared into the crowd as it exploded onto the pitch. In that moment, any boundary between spectator and player faded into bliss; we were as one, though I sincerely hope the poor stewards were not too stressed.

With promotion is a given now, Saturday’s home match against Harrogate marks a new summit. Led by Rob Edward’s intuitive and brotherly style of coaching and nurtured under the bright green vision of chairman Dale Vince, the first kick on the New Lawn is towards an incredible era for our little club on the hill.

But as someone historically indifferent to football, you might ask why I’d care. Broadly, because we’re lucky enough to have a local team who have the confidence, drive and ability to promote another way for the sport.

In every sense, FGR is a lean, green goal machine, now warming up to shoot out the eco message to a whole new set of clubs. Football is huge in British culture, but it easily slumbers in a moral vacuum. And we know what nature, in all its greenness, thinks of vacuums.

And ultimately, I care because my son has discovered an engagement and fire in following FGR that’s a joy to see, taking him into the excitement of a role as an ambassador for FGR’s values with his school.

So which turnstiles will we click through next season? What a crazy question.