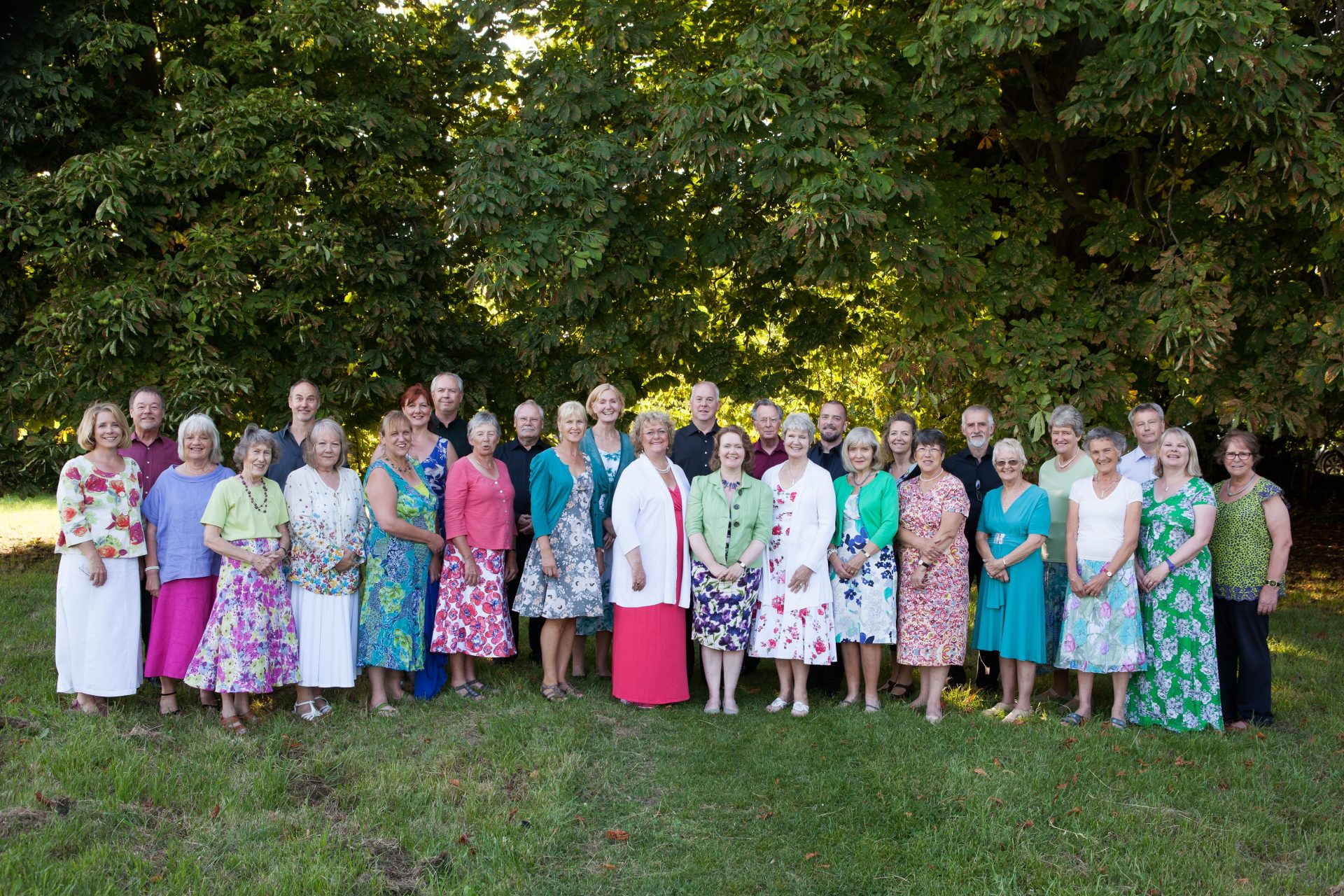 Stroud choir, The Thames Head Singers, will be joining the number one selling classical vocal trio Tenors Unlimited, the ‘Rat Pack of Opera’ in their show “That’s Amore” at The Subscription Rooms, George Street, Stroud, on Sunday 30th January 8pm.

Tenors Unlimited has performed alongside such notables as Sting, Lionel Richie, Beyoncé, Hayley Westenra, Simply Red and the Royal Philharmonic Orchestra to name a few.

This year marks the group’s 20th anniversary. Tenors Unlimited has been entertaining audiences world-wide using talents honed in their previous solo careers in opera and theatre. They bring their own blend of wit, humour, charm and vocal arrangements to their performances.

See footage of their performances https://www.tenorsunlimited.com/media

Jem Sharples from Tenors Unlimited says “We want our audiences to have an uplifting experience in this show, so we’ve chosen songs of love and laughter – some from our back catalogue, as well as new numbers, old favourites, modern pop songs and some we’ve written ourselves. There’s something for everyone.”

In this show, Scott Ciscon, Jem Sharples and Paul Martin will take audiences on a journey through some of the best loved songs of the last century, made famous by other ‘icons of song’ such as Pavarotti, Lanza, Sting, Bublé and Freddie Mercury. The group’s wide ranging repertoire includes the ever popular classics, “The Pearl Fisher’s Duet” and “Nessun Dorma” mixed with crooner and pop favourites. These include “Barcelona”, “Recipe For Love”, “Nella Fantasia” and “Everything” as well as songs written by the group themselves. Other songs include “Mr Blue Sky”, “Always on My Mind” (Elvis Presley), All I Ask of You (Andrew Lloyd Webber), Sound of Silence (Simon and Garfunkel), “From Now On”  (The Greatest Showman) and Tonight (West Side Story).

This popular Stroud chamber choir, led by Andrew Hopwood, has been performing in the Five Valleys since 1980. It has very broad repertoire, giving several concerts each year in support of local causes. It also sings at cathedral services both locally and further afield, and host occasional workshops, which are open to all. Further information www.thsingers.org.uk

It all began in 2002 when Jem and Scott met each other at an audition. It wasn’t long before Paul joined them and they planned their own take on the popular classical genre and to expand on the perception of what a 21st century tenor could be. The idea was simple: choose some of the most iconic songs across a variety of genres, stay true to the melody and incorporate rich harmonies to create their own sound.  Since then, Scott Ciscon (tenor,) Paul Martin (bass-baritone) & Jem Sharples (tenor) have performed all across the globe and are the UK’s original classical-crossover ‘man-band.’  Tenors Unlimited sang at the memorial service for football legend Sir Bobby Robson and sang live at Wembley Stadium at the FA Cup final.

In 2017, Tenors Unlimited’s “Who is He?” in aid of The Salvation Army went in at number one on the iTunes classical chart.

Their latest album “The Journey” can be purchased online from their web site www.tenorsunlimited.com via iTunes, Amazon and GooglePlay.

For more information about the trio and other tour dates in the UK, visit www.tenorsunlimited.com

Born and raised in Chicago, USA, Scott studied Engineering and Communications at the University of Illinois Urbana-Champaign, but it’s fair to say that he’s been singing since birth.

After a few summer seasons in the US, his first Broadway audition took him abroad to Germany where he starred in musicals such as Grease (Danny), Rent (understudy Mark and Roger) and Saturday Night Fever (Frank Junior and understudy Monty.)  After a call from London’s West End, Scott began his life in the UK. His first show was Notre Dame de Paris (as Phoebus and understudy Gringoire) followed by The Witches of Eastwick (as Joe and understudy Darryl Van Horne). Shortly thereafter Tenors Unlimited was born.  Although American, Scott has developed a keen interest in cricket and often opens the bowling for his Sunday side.  Additionally a passion for cooking complements his never-ending search for good food and great wine.

Born in Sutton Coldfield, Paul, the bass baritone of the group, first discovered his love of music singing in the local church choir and joined National Youth Choir of Great Britain. He studied voice at the Birmingham Conservatoire and embarked on a career in opera performing the role of ‘Sarastro’ in Mozart’s Magic Flute on a tour of the USA after graduating. He has performed with opera companies and ensembles all over Europe, Japan and the USA. While singing in Turandot in the Netherlands, he heard that Tenors Unlimited were looking for a third member. When not singing or playing cricket with Scott and Jem, he enjoys cooking at his home in Surrey.

Having trained privately and at The Guildhall School of Music and Drama, his roles in theatre include Alex Dillingham in ‘Aspects of Love’ (national tour), creating the role of Jesus/The Man in ‘Whistle Down The Wind’ (Everyman Theatre, Cheltenham), PT Barnum in Barnum (Guinness Theatre, Dublin), Young Scrooge in ‘Scrooge’ opposite the late Anthony Newley (national tour). TV credits include Nature Boy (BBC). He co-wrote, produced and played the lead in a new musical ‘Nelson’ based on the life and loves of Horatio Nelson.

During lockdown, he sang on the street where he lives every Thursday night during the NHS clap. It proved a popular weekly highlight on social media gaining hundreds of thousands of followers.