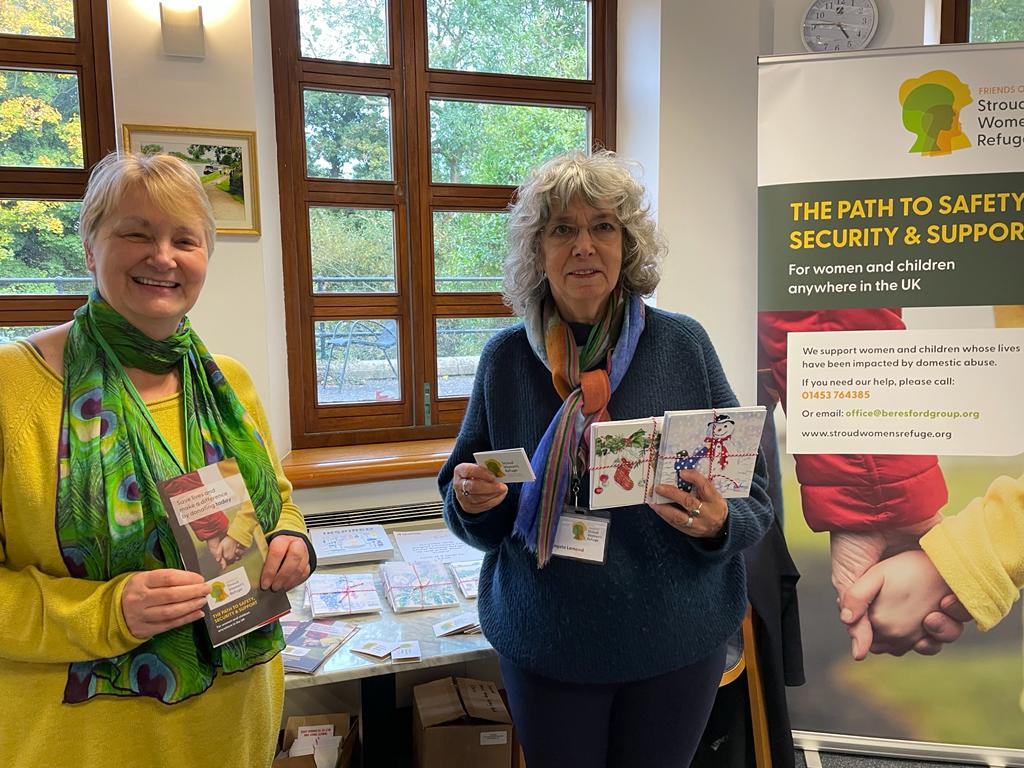 A quiz, a raffle and a barbeque were staged at the council’s Ebley Mill HQ where members of the Refuge’s fundraising team were welcomed too.

Connor Ward, chair of SDC Staff Charities Group said: “I’m really pleased that our fundraising for the charity has got off to such a strong start. Our thanks go to the many generous organisations who supported our event, including those who supplied food for the barbeque and raffle prizes.”

The charity’s fundraising team sold Christmas cards and copies of the recipe book Inspired to add to the total raised.

Stroud District Council Leader Cllr Catherine Braun attended the event and said: “This event was a great start to our fundraising efforts for Stroud Women’s Refuge, that provides such essential services in the county. I hope people will consider buying their Christmas cards and recipe book when present shopping this year.”

Stroud Women’s Refuge, which supports women who have been forced to leave their home due to domestic abuse, was chosen as council’s charity of the year. Established in 1977, as the Stroud Beresford Group, it is the only refuge in Gloucestershire, and one of only a handful of independent refuges in the UK.

Stroud District Council provided premises free-of-charge for the charity when it started up.

Angela Lamond, a trustee with Stroud Women’s Refuge, said: “Thank you so much to Stroud District Council for making us your Charity of the Year and for your continued support – it has never been more critical.  Every donation raised by you goes directly towards helping us to improve the lives of the women who need refuge after being trapped in abusive relationships.”

One of the priorities in SDC’s Council Plan is Community Resilience and Wellbeing, supporting communities to help each other and build resilience through a network of community hubs and other community-led networks, with mental and physical health and wellbeing at its heart.

To find out more about the Stroud Women’s Refuge where you can buy Christmas cards and the Inspired recipe book, visit the website https://www.stroudwomensrefuge.org/

To support Stroud Women’s Refuge through the Lucky Severn community lottery, with a weekly chance of winning a prize, including a £250,000 jackpot, visit