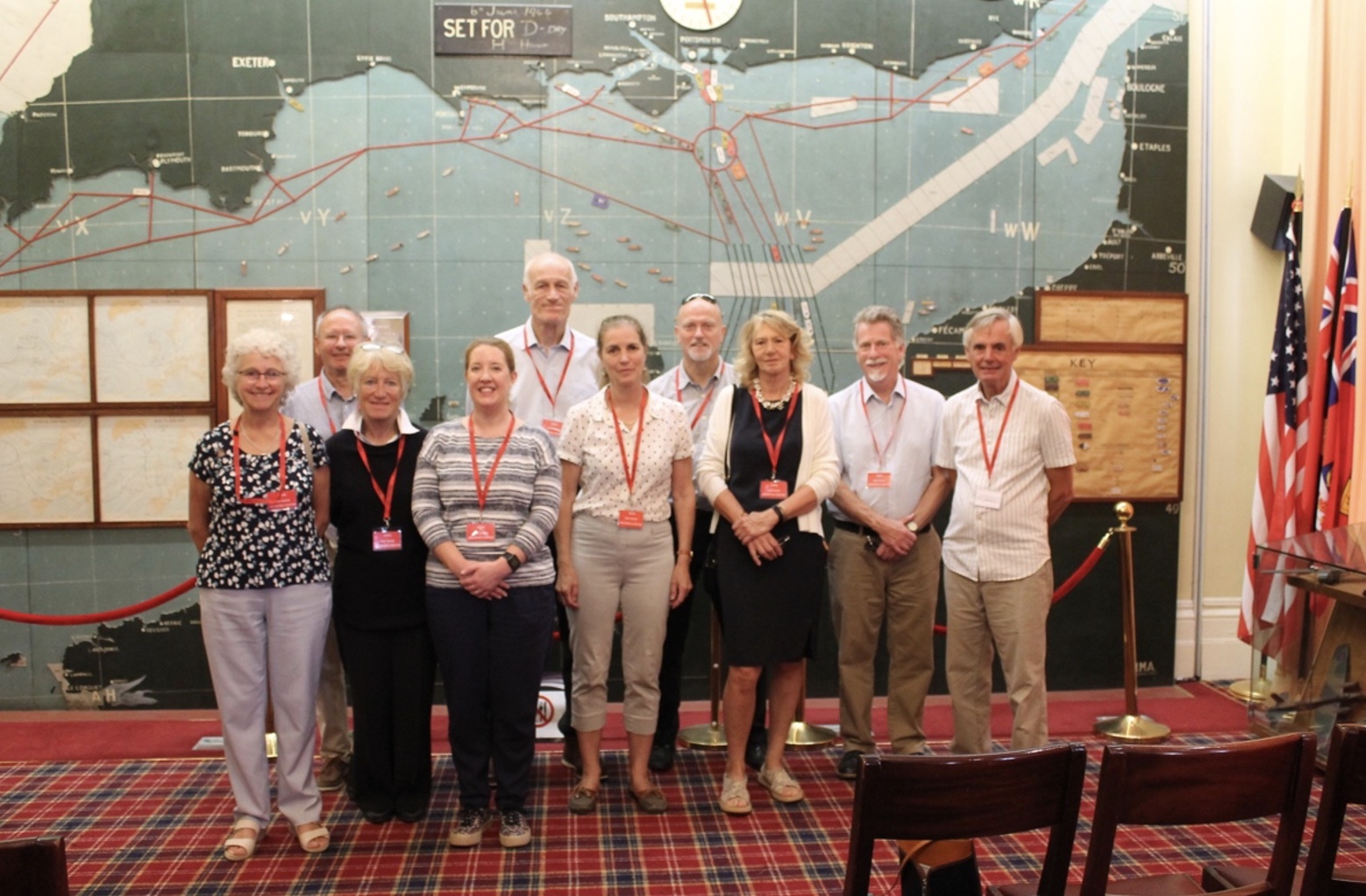 Members of the Cotswold Players have been taking a step back in time to prepare for their November production at the Playhouse in Stroud.

To immerse themselves in their roles in the real-life wartime thriller “Pressure”, ten members of the cast and crew visited the play’s historic location on the South Coast.

The drama covers events leading up to D-Day on June 6th 1944 and is set in Southwick House, near Portsmouth, the Supreme Headquarters of the Allied Expeditionary Force, where the vital last-minute preparations for the D Day landings were taking place.

After months of planning, and with his massive forces poised for the off, the allied commander General Eisenhower faced one crucial decision; when to launch his invasion fleet?

Choosing the right weather and tides was vital for the success of the campaign.  A flawed weather forecast could have seen his landing craft swamped by heavy waves and crushed on the beaches of Normandy;  any delay risked the Germans discovering the invasion plans.

Although we know the eventual outcome of D-Day, “Pressure” explores the extraordinary and little-known true story that explores the challenges and responsibilities of leadership alongside the more personal stories of some of the key protagonists.

To help them prepare John Salter, who plays the role of the chief meteorologist James Stagg, organised for a group of actors and production crew to visit both Southwick House and the D-Day museum in Portsmouth.

“It was a fascinating visit!” said the play’s director Diane Owen.

“We were able to see the main map room where the large map of the D-Day campaign is set up just as it was at “H-Hour” – the hour at which the meticulously planned Normandy landings began on 6th June.”

“I know we all came away with an even greater sense of the monumental nature of the task which Eisenhower and his commanders were undertaking and also how the course of history could have been so different had Eisenhower not taken the advice of his chief meteorologist.”

“Everyone agreed that our Pressure outing was extremely enjoyable, insightful and inspiring and I believe has added to the sense of excitement the team share in bringing this fantastic play to the stage.”“Pressure”, by David Haig, is at the Cotswold Playhouse from 22nd-26th November. The production is supported by Stroud Arts Festival.