Your vote could help the canal project to a winning streak 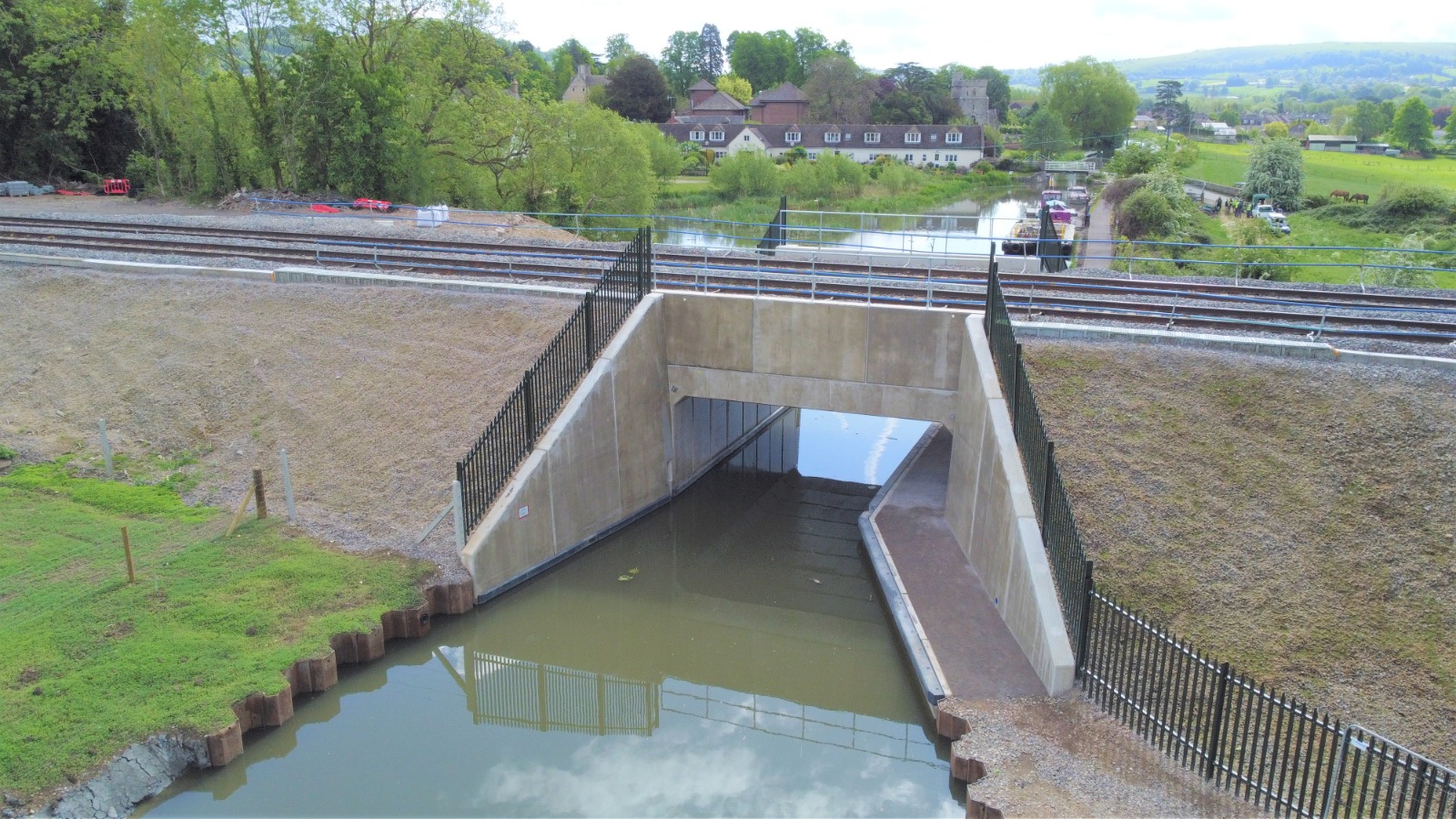 The newly constructed Ocean Jubilee Bridge near Stonehouse is a finalist in the 2022 Institution of Civil Engineers (ICE) People’s Choice award for the South West, with a deadline of Friday 29 July at 5pm.

Last year the project to build a canal through the middle of the busy A38 roundabout at Whitminster won the same category.

“This was the largest and most complex project on this section of the canal, so we are delighted that it has been recognised and nominated for this prestigious award.

“Last year the A38 roundabout won the same award, so we are hoping that with the public’s support we can win two years in a row.”

Network Rail carried out the project at Ocean Jubilee Bridge on behalf of the Cotswold Canals Connected partnership to restore canal navigation at this location.

A team of 150 operatives from Network Rail and its contractor Alun Griffiths worked around-the-clock to ensure the project was completed while the railway was closed for seven days between Christmas and New Year.

The project took more than two years of planning, which included casting the new bridge sections on site, draining a 230 metre section of canal and catching and relocating thousands of fish.

More than 7,000 tonnes of material were used for the foundations and backfilling around the new structure and 500 tonnes of track stone when reinstating the railway.

The new bridge sections, the largest of which weighed 64 tonnes, were lifted into place using a 1,200 tonne crane. Despite strong winds and heavy rain, the work was completed on time.

The original railway bridge had been replaced in the 1960s, with an embankment leaving only a narrow opening that was too small for boats to pass through and needed to be replaced as part of the restoration of the Stroudwater Navigation.

Significant social, environmental and economic benefits will be achieved by providing a car-free walking and cycling route linking the Gloucester and Sharpness canal towpath at Saul Junction to the Stroudwater Navigation.

Other benefits include increased biodiversity through creating new wetland habitats, attracting external investment to support the regeneration of old industrial areas along the canal corridor, and boosting job creation and the local economy.

Cotswold Canals Connected is a partnership of organisations led by Stroud District Council and the Cotswold Canals Trust which are restoring the canal network.