Safe Routes for Refugees – a plea for compassion 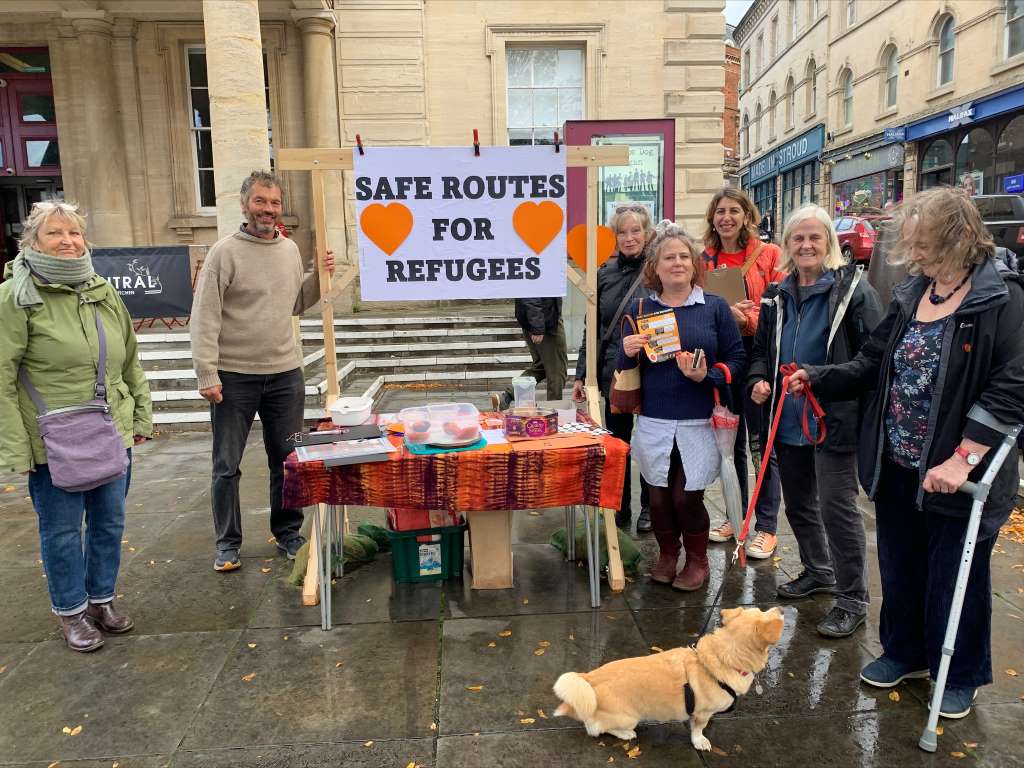 Campaigners in Stroud are calling for safe routes for refugees to reach the UK and say they have had a resounding response from the public.

In the space of less than two hours, in spite of the rain, the group Stroud District Together with Refugees collected nearly 90 signed individual letters last Saturday, to be delivered to Stroud MP Siobhan Baillie. The signed letters thank Ms Baillie for her support for the Homes for Ukraine scheme and ask why UK visas cannot be extended to refugees fleeing other countries.

Liz Whiteside, a member of  Stroud District Together with Refugees said: “The government’s new Nationality and Borders law in effect only allows a safe route to the UK for refugees from three countries – Ukraine, Hong Kong and up to last year, Afghanistan.

“Refugees fleeing conflict or persecution from any other country in the world are now being labelled as ‘illegal’ and threatened with detention and deportation to Rwanda if they arrive by journeys such as by small boats. Furthermore Suella Braverman, the new Home Secretary, is now wanting to introduce a bill making it illegal even to claim asylum if a person has arrived by so-called ‘illegal routes.’ This is Catch-22 since there are no ‘legal’ routes.

“By creating laws which directly contradict the UN Refugee Convention, (which the UK helped draft) the UK is shamelessly pulling up the drawbridge on all other refugees around the world in genuine need. What has happened to the UK’s proud history of helping people fleeing violence, conflict, and persecution, frequently referred to by the same politicians who tout the new laws?”

Stroud District Together with Refugees can be contacted at enquirysdtwr@googlegroups.com and followed on Facebook.