Shocking: Belle the cat may lose leg after being caught in a banned animal trap 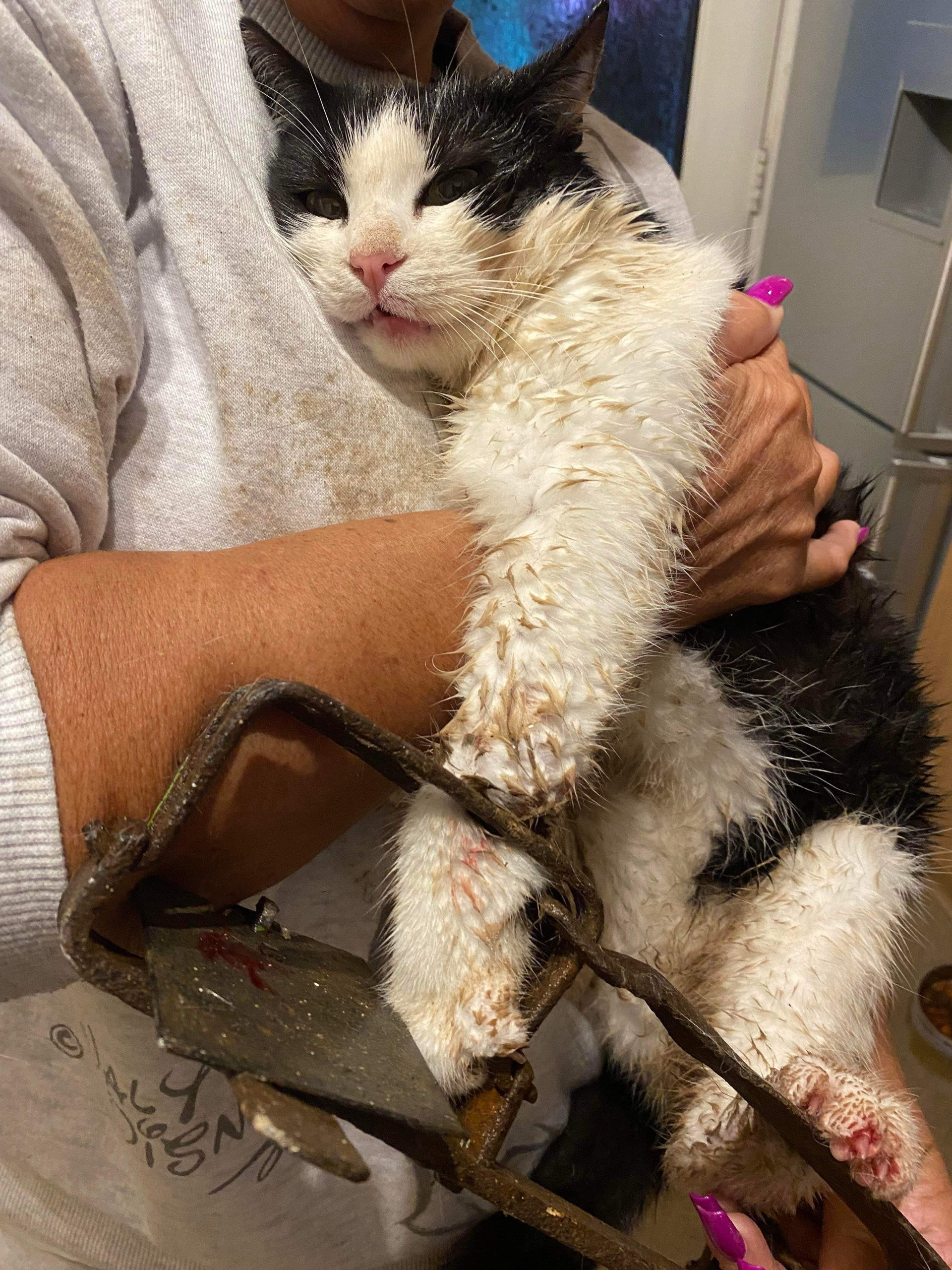 Police are appealing for information as a cat sustained injuries after becoming stuck in a banned animal trap in the Forest of Dean.

On Wednesday (26 October) a cat named Belle had become caught in a trap near to her home in the Harrison Way area of Lydney.

The trap is suspected to be a Gin Trap which was banned in 1958 due to the extreme damage they cause.

Belle managed to crawl her way home and has since been taken to the vets however there is a chance her leg may need to be amputated.

PC Cath McDay from the Rural Crime Team said: “To witness a pet in this situation is horrific – no one should have to go through this as a result of a careless person who has set a trap illegally – for whatever the intended purpose.

“This style of trap is used to catch an animal by its leg or head using spring operated jaws with teeth and the injuries they cause can be horrific.

“Not only is setting a Gin Trap an offence, and one we take seriously, there are further offences which have been committed as a result of the suffering that has been caused to Belle.

“I would like pet owners in the Lydney area to be vigilant in relation to this incident and ask anyone with information to make contact with us.”

Information can be submitted online by completing the following form and referencing incident 211 of 29 October: https://www.gloucestershire.police.uk/tua/tell-us-about/cor/tell-us-about-existing-case-report/