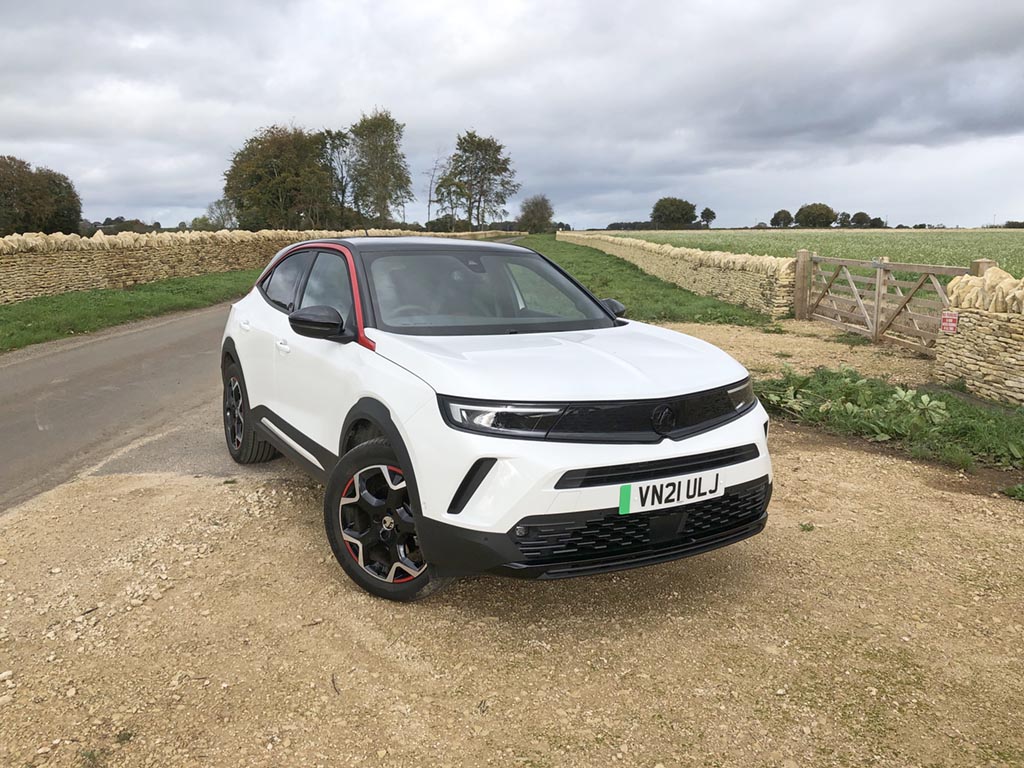 If you’re an EV agnostic, this could be the moment for a U-turn conversion. Over the last six months, we’ve been trialling Vauxhall’s all-electric version of the new Mokka. Was it literally the perfect vehicle for Stroud Times’ green and lean road-going image?

To answer that, I drove in search of a defining moment. And last week, I think I finally got to it.

But this isn’t going to be in perfect moral alignment with any of the holier-than-thou optics of EV motoring.

It was a road race. OK, not an actual road race as that, of course, is illegal.

The only thing dented was the ego of a BMW M3 Coupé driver who decided he’d show how muscular his motor was as he waited alongside, rear-end twerking, at the red light for the M4 sliproad.

Given an evening watching Forest Green Rovers get a 2-1 clattering away at Swindon, I wasn’t in the mood for these boyracing antics. But before I confess what happened, let’s detour for a quick rewind to grasp the bullet points of Stroud Times’ six-month, 11,000-mile EV adventure.

When I signed up to give up fossil-fuel motoring, I knew this test would come with an unspoken directive: what’s it like to wave goodbye to a lifetime of gearsticks, forecourts and engine-derived aural pleasure?

To answer that question positively, I soon realised that an electric car has to achieve something many of us suspect it can never do: engage, entertain and perhaps even thrill.

If you are an EV doubter, let alone a Mokka knocker, you’ll probably see this EV as a jumped-up Corsa in a posh SUV frock. But migrate here from internal-combustioning and you’ll discover excitement – a truth poorly communicated by the ranks of ad execs whose job it is to sell battery mobility.

One of the reasons for that, of course, is that it’s illegal to sell speed. So advertising is all photoshopped Instagram couples wafting along with impossibly beautiful children and pets. Liberated from such banality, the true EV message might come in the subtitles for this ‘drag’ race.

Cue image one: given Swindon’s victory, we are in no mood for the wally in the snorting coupé who screeches up alongside. But before it’s green, I press Sport and, on the change, we serve said petrol junkie a lesson in 2020s tech. Was his handbrake stuck on? Nope, it’s just that from stopped to 30mph, 40mph and counting, a stealth-bomber Mokka-e will zap ahead of just about any fuel-burner you can bring.

Childish Clarksonisms over, such athleticism does translate into practical advanges: the car has great mid-range punch for escaping traffic squeezes, even if long-haul, high-mile adventures might expose the desire for longer range than the paperwork’s 201 miles.

In winter, 140 may well be your limit when loitering at 70mph, which means longer round trips necessitate one, more likely two, charge stops. And then, because this isn’t a mollycoddled Tesla supported by zillions of charge points, you’re at the mercy of Britain’s patchwork charge network: good in parts, ropey in others.

So as the sporty bodywork suggests, the Mokka is never dull. On a challenging road, a low centre of gravity and sensitive steering flatter the driver. But what of practicality? For space, it’s ideal for two adults, the rear seat passable for two more, though anyone joining them best be more than friends. Similarly, the boot is challenging for XL shopping trips (and don’t be tempted to jettison that charge cable; that’s a risky habit). View this as what it secretly is, though, a high-riding two-plus-two hatch, and it’ll proudly deliver whatever you ask.

To home in on particular pluses, the heated steering wheel and front seats topped my tick list, while the dual screen sat nav was genius.

As was not spending £80 a week on fuel. Charging via my domestic PodPoint, I’ve seen the monthly average ascend since March, but projections suggest £35 to around £50. On Shell’s forecourt, that barely buys vapour.

Will I miss it? After decades writing about internal combustion cars, going fully EV has been a liberation. So, berthing this week in its empty space comes another, altogether different, EV proposition. One better suited, I suspect, to the ‘lifestyle’ of an on-demand taxi dad.

But if you grew up loving those filthy hot hatches, off the smoke-free Vaux – so the ad slogan should go – will blow your socks.