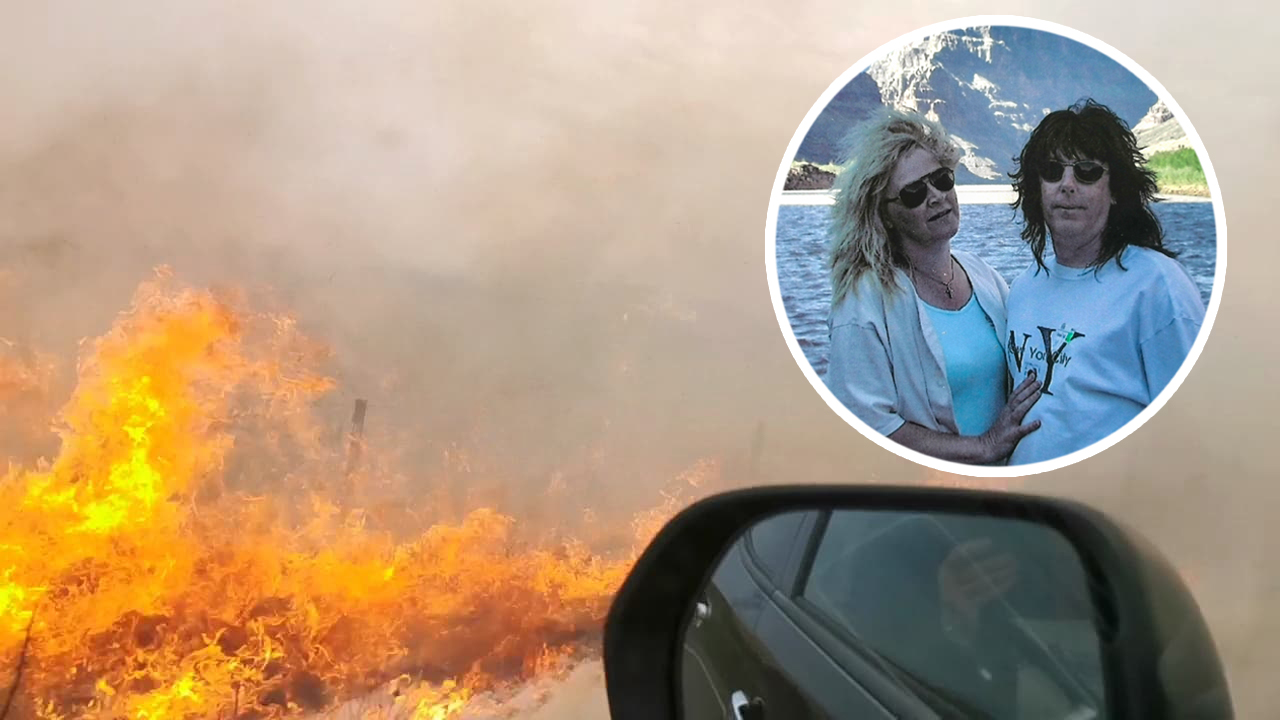 Brimscombe musicians Jane and Rich Dickinson were driving through Dartmoor when their journey took an unexpected turn.

Filming from her passenger seat, Jane a sound engineer, captured a raging wildfire as her husband Rich steered his way through the flames.

Jane posted on Facebook: “Never had to drive through a wildfire before!

“Edge of Dartmoor, one minute driving towards it, the next we couldn’t see a thing but really felt the heat from the flames against the car and the smoke started to come in through the vents.

“Not one to repeat! Well done Rich for keeping cool.”

She added: “Luckily nothing hit us from the oncoming or following cars. Not something I ever want to repeat.”

Rich told Stroud Times: “We were on our way to Tavistock for a few days and as you can see it turned pretty dramatic very quickly. We had traffic behind us and I didn’t want to completely stop, so as a reaction I steered to the middle of the road to try to avoid the heat then realised the danger from oncoming traffic, I even started to open the window but the smoke was worse – what it must have been like for those Australians, etc in big bush fires, I hate to think.”

At one point, the fire had reached 750-metres in length.

Firefighters were concerned for the safety of deer and the blaze potentially spreading onto the A386.

People were urged to stay away from the wildfire but it was eventually extinguished soon after 10pm.