Climate action protest to be held in Stroud 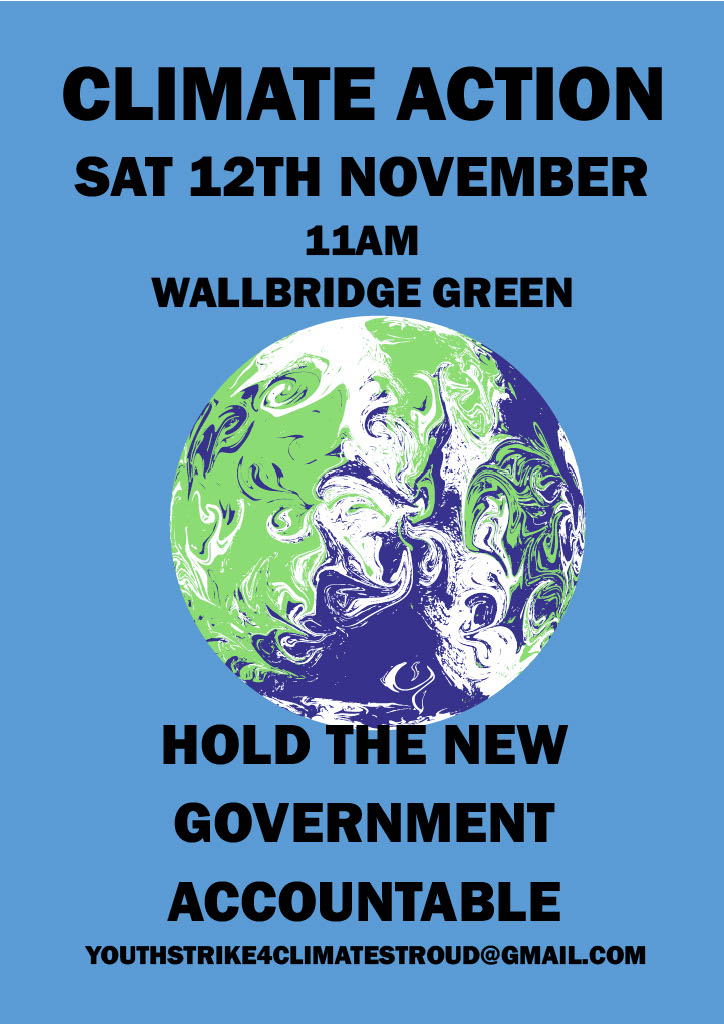 A climate action protest will be held in Stroud next month.

The protest will start at Wallbridge Green, outside the Lockkeepers café, at
11am on the 12 th November before marching around the town centre.

There will be a selection of speakers from youth and environmental groups to speak for the anger which is felt at this time. This protest is open for everyone to attend and will be a youth-led event.

Organiser Dan Green from Youth Strike 4 Climate Stroud, said: “At COP26 in Glasgow, there were a range of potentially impactful initiatives agreed upon. Given a year they have simply not been acted on.

“As the UK presided over those talks there would be some expectation that our
governments’ policies reflected the agreements. However, they have gone
back on the fracking ban, want to demolish huge areas of environmental
protection for property developments, and have been looking at new drilling
sites in the North Sea. Not to mention the internal chaos of the Conservative
party blocking any progress, and now will likely mean that we won’t have a
leading figure attend the talks at all.

“This is completely unacceptable given the scale of the crises we are facing;
climate and ecological catastrophes are becoming a present issue happening
now across the world. We must act now, and we must act quickly. There just
isn’t enough time to delay any further, and with studies showing that switching
to renewables could save trillions of pounds, effectively paying for itself and
more, but also that the faster we decarbonize the more money that will be
saved there aren’t any good reasons not to. And with being fully renewable
meaning cheaper energy bills than buying from volatile oil and gas markets,
protesting this issue becomes even more timely with so many struggling with
energy prices.”