How my Mokka made me an EV-angelist 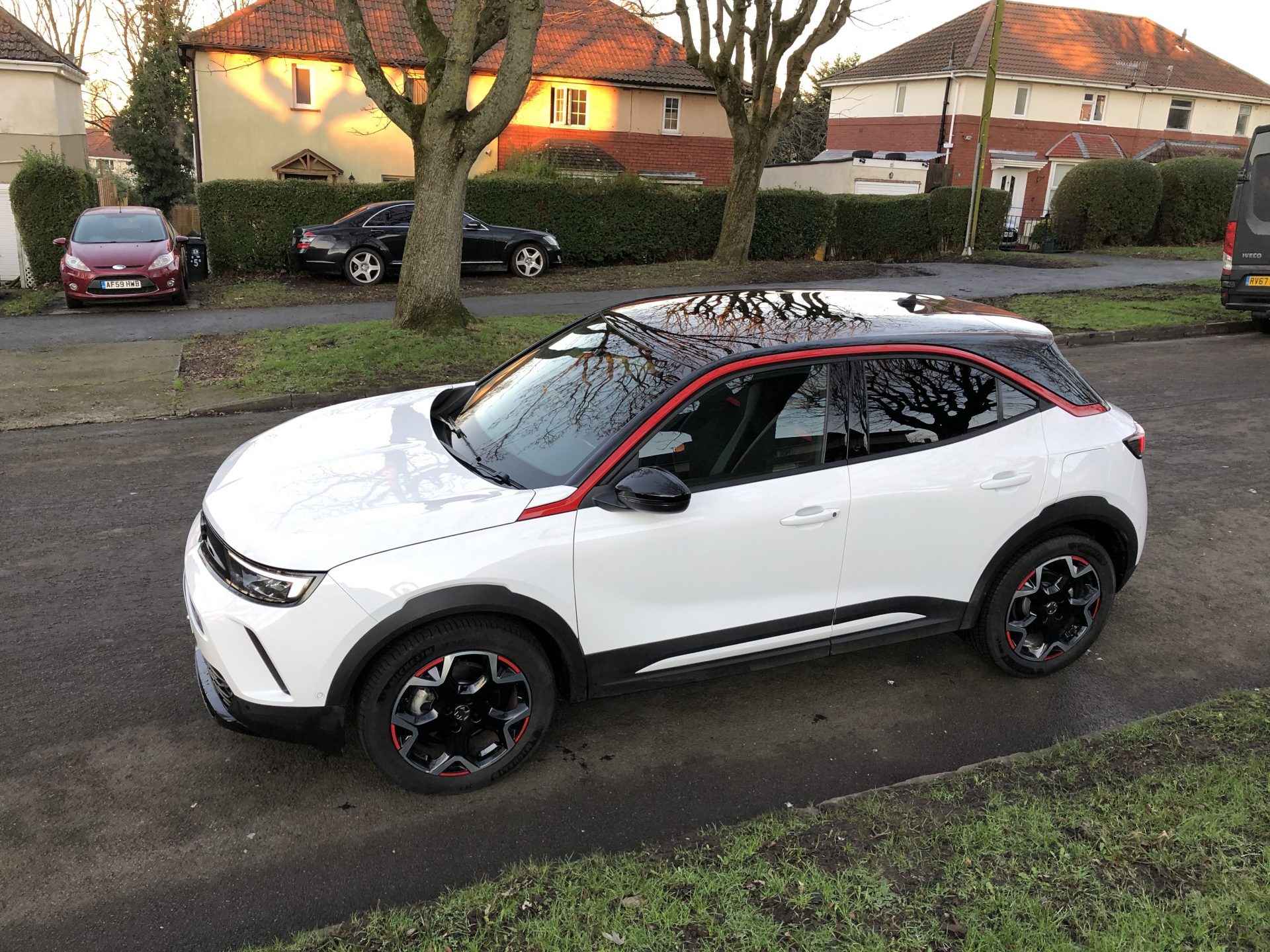 Will 2022 be the year you go electric? Vauxhall’s multi-talented Mokka-e may well convince you, writes Simon Hacker.

What’s better than running around in an electric car for six months? The answer, titter not, ye petrolheads, is running one for longer.

This Vauxhall Mokka-e arrived on my doorstep last August and after a short conversation with the editor, we agreed that it was cut out to be the perfect roadgoing representation of what Stroud’s digital paper stands for – a literal vehicle for high-impact news on a low-impact tariff. Or something like that.

Back in August, Vauxhall, now part of the epic autoconglomerate Stellantis, pencilled a February end for my trial, but the brand has now agreed that the test should extend into early summer. And while car writers often get through fresh wheels like socks, I am more than happy to remain Mokka’d up. It takes a car that can tick a multiplicity of boxes to keep me happy, but this one really does do that. Here, in short, is how.

For a start, it’s a great-looking example of the genre. And, as I can explain, looks really matter. We are hopefully moving away from the time when driving an EV forced you into some sort of punitive Blake’s 7 styling statement. As illustrated by the Toyota Prius, which has now morphed into something you can just about look at without flinching, EV couture is only now abandoning the notion that electric drivers want to look like visiting aliens. The Mokka-e shares its body with petrol and diesel variants, but it has made little attempt to blend with mainstream SUV styling, thanks to a bold ‘vizor’ edifice and chiselled jaw. Viewed from around the haunches and in silhouette, it cuts a dash that sends a message of vigour and thrust.

And so it should, because the best-kept secret of EV driving is that it’s a thrill. For New Year’s Day, BBC Radio Bristol ran a special show to look at consumer aspirations and how our lives might change in the coming year. Presenter Ali Vowles asked me onto the show to forecast our car buying trends, so I invited her for a test drive in the ‘Stroud Times Mokka’.

With approaching one in four new car purchases towards the end of 2021 being plug-ins, I’m confident that ratio will rise by the end of this year to one in three. As we cruised Bristol’s streets, we navigated the roadmap of EV pros and cons. The Mokka’s sound effects may be subtle for radio, but it proved to be a great ambassador for the EV cause: it’s cute, it has a chic cabin and it’s so simple to drive even Mr Magoo would keep a clean licence. It’s also, hands-down, acres cheaper to run than a petrol or diesel car.

The job of driving instructors, we pondered, will surely get easier when such burdens as balancing the clutch, selecting gears and angsting about idling are swept aside by the pure simplicity of EV driving. At this wheel, all you need do is point, squeeze and go.

But listeners might not be picking up on the dynamic joy, I warned, as we crept past another 20mph marker. The Advertising Standards Authority insists that any auto ad ‘must not suggest excitement’, and quite right, too. Nevertheless, broad perceptions of EVs are yet to be enlightened about how joyfully torque-abundant they actually are. As the bit-chomping Mokka, in Sport mode, demonstrates when we leave the lights for the suburbs, a car like this will eat GTIs all day long.

This volt-driven Vauxhall, I tell Ali, has gifted me a joyous script about the reasons to cross over to what you might call the spark side. But that’d be only half the picture: at the beginning of 2021, The Economist reports that every public charging point in Britain was shared by 11 EV drivers; by the end of last year, it was shared by 17.

Against this backdrop of a charge infrastructure almost comically struggling to catch up, charger anxiety could soon usurp range anxiety as the best-known challenge for drivers ditching petrol and diesel. If we are going to keep the handbrake off EV sales this year and encourage a sales environment that allows models like this to flourish, infrastructure must continue at full throttle.