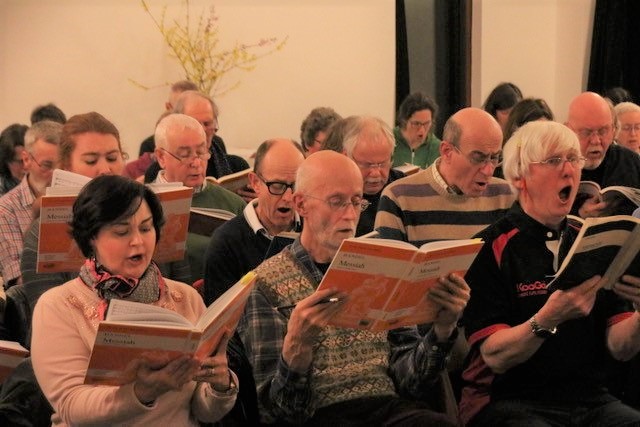 The choir is open to all, first come first served, until full. It will be supported by a superb orchestra and a line-up of local soloists including two brilliant
schoolgirls, both likely to have professional careers in song. Event director, Hugh Barton, says the format of the concert is designed to achieve three things: an opportunity for singers of all abilities to participate in marvellous music-making; raising thousands of pounds for refugee charities at home and abroad; a grand community event with great music.

Hugh said: “Mozart’s Requiem is considered one of his most unique works, passionate and beautiful, deeply moving for performers and listeners alike. The final year of Mozart’s life was astonishing. He produced a stream of marvellous works, including the Clarinet Concerto, the last piano concerto, two quartets, two operas, notably The Magic Flute – and the Requiem.

“The story of the Requiem is wreathed in mystery and intrigue. The agent of Count Walsegg- Stuppach who commissioned the work is said to have appeared like a ghost.

“The Count intended to pass the Requiem off as his own composition in memory of his wife. Mozart never lived to complete the Requiem, and the arguments rage about how much of it was actually written or shaped by him.

“When he died his wife, Constance, was determined to get the work completed and asked Wolfgang’s pupil Franz Sussmayr (1766-1803) to undertake
the task. Sussmayr completed it, following what he said were frequent and detailed discussions with Mozart. He certainly did a marvellous job. The whole work has integrated power, conveying an intensity of feeling rarely matched”.

The concert is supported by the St Laurence Church Centre for Peace and the Arts in Stroud and by Nailsworth Quaker Meeting.

Each member of the choir of one hundred contributes £20.

Conductor Chris Hill joins Hugh Barton to enable parallel rehearsals, and at the performance the two conductors will do a double act.

The performance will raise money for UNHCR, which has appeals for Yemen and Afghanistan; and for GARAS (Gloucestershire Action for Refugees and Asylum Seekers) which is dealing with an influx of people from Ukraine.

Previous concerts by the Choir have raised up to £5,000 for charities. We hope to do that again. Do come and swell the
audience. Tickets at £15 are available through the choir website –
https://stroudrefugeeaidchoir.wordpress.com/, from Made in Stroud shop (cash only) and at the door. If you want to sing there may or may not be spaces left. Applications to sing are also via the website : https://stroudrefugeeaidchoir.wordpress.com/